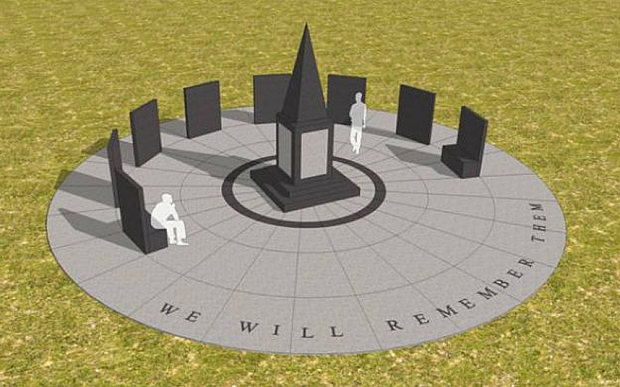 A new war memorial in a rural English town is being built but without the names of those who have died in service. According to officials, the reason for this is in case the names are misspelt.

Tidworth, a town in the English county of Wiltshire, has been a British Army garrison town for years, and when a new memorial was to be built many were shocked to hear that it wouldn’t have the names of those who had sacrificed their lives for their country inscribed on it. Officials say that they would rather not include names on the memorial in case a mistake is made in the spelling of their names.

The memorial is to be made of granite and will cost around £130,000. It is expected to be unveiled in 2016. Instead of soldiers’ names it will simply have plain slabs. The memorial is being established in honour of 40 soldiers from the town of Tidworth, who have died in combat since the beginning of World War One. 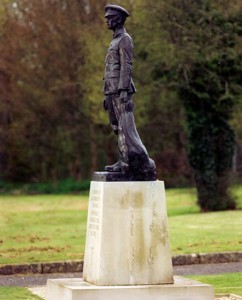 In 2011, a WW1 memorial statue in we has stolen by thieves, presumably for its scrap value. The bronze, four-foot-high statue of a WW1 soldier with his kitbag was been removed from its plinth on October 17th.

Tidworth’s mayor, Chris Franklin, says that army officials claim there was a risk that the names could have been misspelt, but the mayor believes all of the men were born and bred in Tidworth and each and everyone should be honoured individually. Other local councillors agree that the names of all 40 men should be inscribed on the memorial so that they can be remembered for all time.

Town councillor Andrew Connelly said to The Telegraph: “Put the names of our war heroes on it – they should be remembered by name. “The people for whom it has been erected will now never be remembered. That defeats the whole purpose of the memorial. I am absolutely furious.”

One of the committee members responsible for the memorial said that because the lifetimes of the men being honoured span more than 100 years, there is a risk that some of the names might not be accurate.

The committee says it will leave it to the town’s council to conduct the formal research and finalise the memorial as it sees fit. Meanwhile, the council argues that much of the research has been done and the names should be added as the memorial is being built so that it can be unveiled next year with the names already in place.