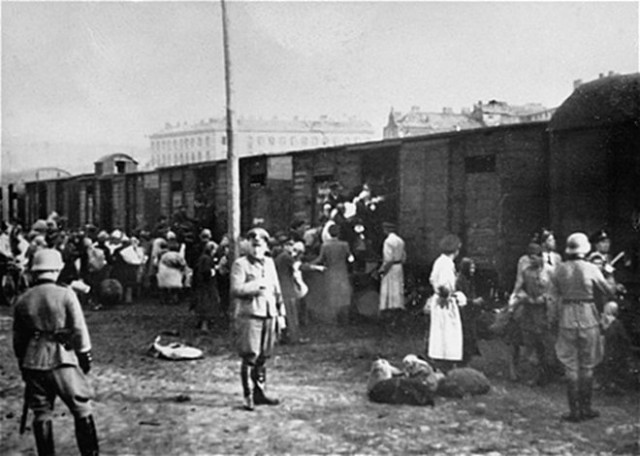 France has opened a new monetary compensation fund to compensate the members of the Jewish population who were deported from the country during World War Two and sent to concentration camp.

The fund is being set up by France’s national rail provider, SNCF. During the war, the rail company was responsible for transporting the Jewish population from France to the concentration camps in Germany and Eastern Europe.

The persecution began in 1940 and culminated in deportations of Jews from France to death camps in Germany and Poland from 1942 which lasted until July 1944. Over 75,000 Jews were deported from France to death camps out of the 340,000 Jewish individuals in France in 1940. About 72,500 of these Jews were killed in the camps. Although most deported Jews died, the survival rate of the Jewish population in France was up to 75% that is one of the highest survival rates in Europe.

On 27 March 1942 the first convoy left Paris for Auschwitz. Women and children were also targeted, for instance during the Vel’ d’Hiv Roundup on 16–7 July 1942, in which 13,000 Jews were arrested by the French police. In the occupied zone, the French police were effectively controlled by the German authorities. They carried out the measures ordered by the Germans against Jews, and in 1942, delivered non-French Jews from internment camps to the Germans. They also contributed to the sending of tens of thousands from those camps to extermination camps in Poland, via Drancy.

The German authorities took increasing charge of the persecution of Jews while the Vichy authorities were forced towards a more sensitive approach by public opinion. However, the Milice, a French paramilitary force inspired by Nazi ideology, was heavily involved in rounding up Jews for deportation during this period. The frequency of German convoys increased. The last, from the camp at Drancy, left the Gare de Bobigny on 31 July 1944.

The French Jews have all been transported via the SNCF railway company. Now SNCF has established the fund of $60 million and is being managed by a US-backed programme. It is to be given to Holocaust survivors, or their relatives and family members if they have died.

To receive a compensation amount, the survivor or family member must fill out an application with a deadline of no later than the end of May next year. Some of those survivors who are elderly are being considered urgently given their old age.

As part of the application process, relatives will need to prove that they are related to someone who had been deported from France to a concentration camp during the war, as well as the survivor’s nationality.

The compensation fund was set up as lawsuits and claims against SNCF from survivors and their families in the US continued to escalate. The US and French governments agreed to a compromise whereby SNCF could put aside a fund that survivors and or relatives could apply for, rather than costly legal proceedings.

SNCF has apologised for its actions during the war. In other funds set up for survivors and relatives, the German government has, to date, paid around €70 billion, while the French government has paid out around $6 billion.