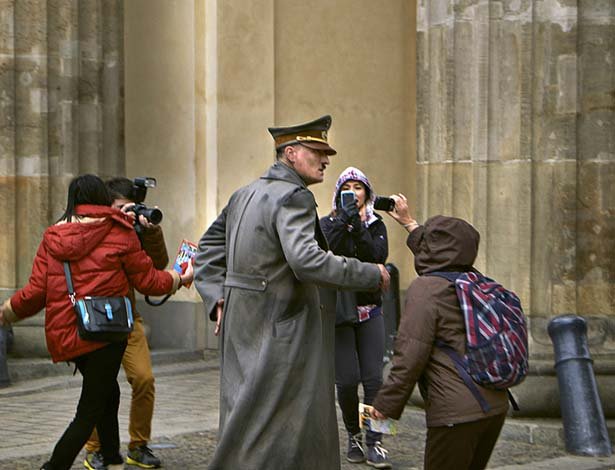 A new film has been made telling the story of what would have happened in Germany if Hitler suddenly returned alive and well in a modern day Germany.

Of course, Hitler infamously committed suicide alongside his wife Eva Braun in his underground Berlin bunker in April 1945.

‘Look Who’s Back’ is a new documentary film that has been created to ask what the German people might make of the ruthless German leader should he come back to rule the country.

The film takes its storyline from Timur Vermes’s book of the same name, which was published in 2012.

The film shows Hitler turning up in East Berlin in a housing project located right near to where his bunker was. He, by chance, meets up with a TV producer and decides to become a media sensation. 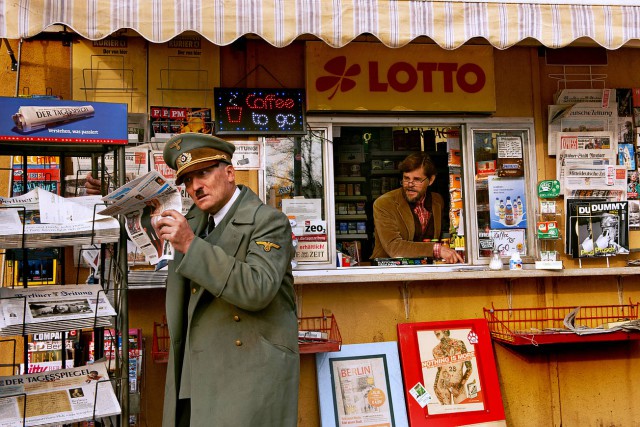 Hitler is played by actor Oliver Mascucci and he displays shock and surprise at the world’s current situation – Poland is not part of Germany and he thinks that Angela Merkel is not a good politician. Although he does feel some sympathy for the German Green Party which is looking out for nature, which Hitler loved.

The entire film is a fictional documentary and the director David Wnendt said that they didn’t intend the film to be historical or accurate, but instead to portray our modern-day understanding of Hitler and place him into today’s society.

The film particularly does well to portray the German people’s reaction to Hitler since it uses ordinary people on the street who are not actors. So their reaction is real. Most are amused and pose for selfies and take pictures with their smart phones.

Producers of the film wanted to see a mix of reactions to Hitler being shown by the people – from excited and amused to angry and negative. However, only two of the meetings were negative.

One was in Kreuzberg when a man ripped off Hitler’s hat and the other was in Bayreuth when a man approached him and shouted in anger, he believed it was bad for Germany and that it shouldn’t be allowed, The Washington Post reports.

The film’s director says that he believes the reaction to Hitler is much like that of Stalin in Russia and Mao in Germany – that it is kitsch and interesting to people. In addition, many of the people began to complain about Germany’s immigration policies and that there are too many foreigners in the country.