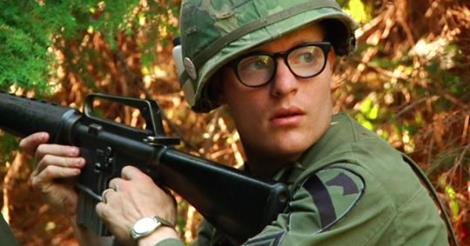 A new documentary is re-enacting the US Army’s battles during the Vietnam War.

The 1960s period documentary will feature people from the local Vietnamese communities who take part in the re-enactment, as well as US Army veterans who are experts in military combat. Three of those taking part were Delta soldiers, whilst another was deployed to Afghanistan when the documentary was being made. Other veterans include a Vietnam War veteran Vinh Nguyen who fought with the South Vietnamese during the conflict.

The documentary called ‘In Country’ is the first of its kind to use actual veterans for a re-enactment.

The makers of the film therefore believe it is the most realistic version of events since the war took place. They say that the re-enactors bring real life experience of conflict and reaction and action that no actor could produce.

There are blurred lines between the reality and re-enactment of the scenes and conversation during the film, with much dialogue being both scripted and that of the re-enactor’s own opinions and responses. The makers say that the past and present definitely overlap.

The director, Attie, says he came across Vietnam War re-enactors when he was at university. The documentary was a collaboration between Attie and a filmmaking colleague. He says the film is made of large scale re-enactments, as well as boot camps. The locations, sets and extras were all set up and dressed in the Vietnam War era of the 1960s and 1970s.

So far, veterans of the Vietnam War have commended the film as a tribute to the war and those who fought in it.

Now that the film’s makers have successfully produced and released the Vietnam War tribute, they say that they might go on to make more re-enactment war documentaries covering the Afghanistan and Iraq wars, the Yahoo News reports.

The Vietnam War began in November 1955 and lasted for almost 20 years. It is also known as the second Indo-China War since the first was between Allies and the Japanese during World War Two.

The Vietnam War was a fall out of the Cold War, which originated in Europe between the World War Two victors from the East and West. The democratic West saw the greatest threat to freedom once they had defeated the Nazi fascists to be Communists and those countries which supported Communism including the Soviet Union and China. Smaller countries where Communist elements were growing included Korea and Vietnam, so the US decided to take the battle of freedom there.