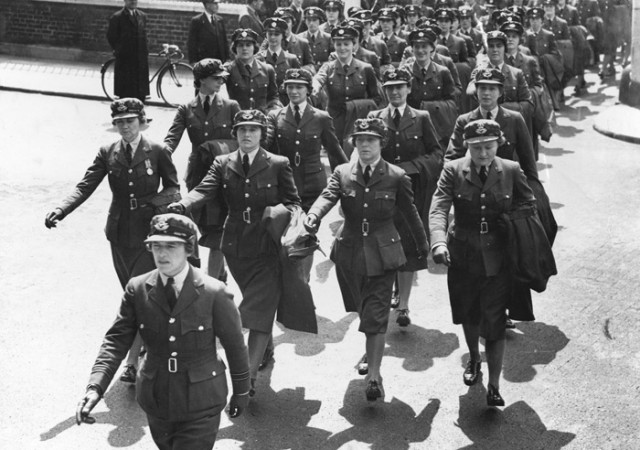 A new book about the Women’s Auxiliary Air Force (WAAF) is being released to coincide with the 75th anniversary of the Battle of Britain, which took place in 1940. ‘The Secret Life of Fighter Command’ has been written by Sinclair McKay with contributions from surviving members of the WAAF.

The WAAF operated in the UK to deliver aircraft to bases across the country, so that they could then be used in military missions. At the time the women who piloted the aircraft received little recognition for their role in World War Two.

One of those women was Patricia Clark. She was just 18 years old and was living in West Sussex when the Battle of Britain plagued the skies over the UK. Patricia lived with her parents and her father dug a trench at the bottom of his garden so that he could try to shoot at German planes if they flew over his garden. Patricia admits she didn’t really understand the seriousness of what was happening, even when they saw planes diving and crashing into nearby fields and says she remembers it as all very exciting.

Nevertheless, Patricia volunteered to join the WAAF and as deployed to Bath at RAF Rudloe Manor where she plotted aircraft movements across the country.

Patricia was one of many young British women who were joining the fight against Germany. Previously the jobs they were doing were taken on by men, but as more and more men were sent to the frontline and to fight in Europe, the army turned to the nation’s women to fill the roles.

Patricia remembers how the men in the army thought the women might faint or not be able to complete a full shift, so she says the women had to very much prove themselves.

Women became crucial to Air Marshal Sir Hugh Dowding’s radar system plotting and monitoring the aerial fights during the Battle of Britain. It was the male pilots who became the heroes, but the women behind the scenes received little recognition, The Telegraph reports.

In addition, all women signed a secrecy agreement, which meant they weren’t allowed to discuss their jobs at all for at least 30 years. Once that time passed, few women talked about their role since time had moved on and many were busy with families or careers.

Now as the veterans enter their 90s, many are coming forward to tell their stories before no more veterans survive.

In her contribution to the new book, Patricia said that there were many young women who joined the war effort and gave up their youth to win the war. She says that no one said thank you, and it is only more recently that women’s efforts have been recognised and rewarded.