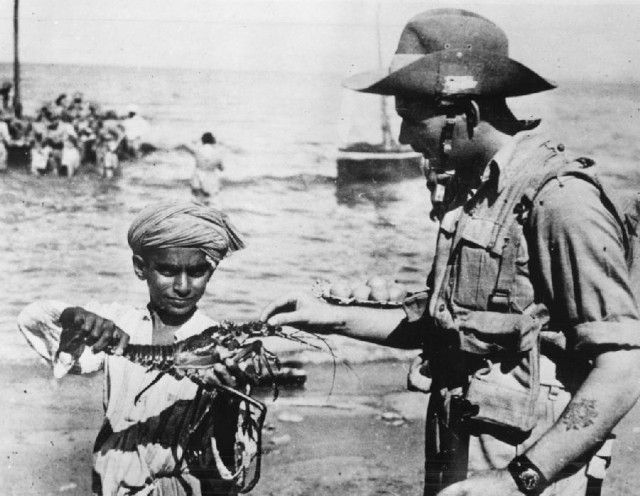 India’s World War Two role is often overlooked, but according to a new book called ‘The Rai at War’, it was World War Two that made it possible for India to regain its independence and that ensured the partition of Muslims and Hindus creating Pakistan.

When World War Two began, India was still part of the British Empire and the country was asked to contribute forces to the war effort in Europe. It wasn’t until 1947 that Lord Mountbatten left New Delhi and India’s first democratically elected president was in power.

Around five million troops from countries other than Britain fought during the war, with around two million thought to be from South Asia.

When war broke out the British Viceroy for India Lord Linlithgow declared war on behalf of Inda and sent troops to fight with the Allies. This left India’s politicians without a say on the matter, and it was in 1942 that Gandhi launched his ‘Quit India’ campaign in order to try to get power back from the British. Some politicians did support the war against fascism, particularly as the Japanese advanced towards India from the east.

Meanwhile domestically, India was grappling with how to section Hindus and Muslims and the idea of a separate Muslim state in Pakistan was developed. During the war violence and confrontation between the two religious groups was escalating and so separating the two elements seemed like the right way to go.

India’s private industry also captured business from the war. Factories and business made a fortune from manufacturing and supplying military equipment, however this rarely trickled down to the majority of working people in India, as the masses continued to starve and be without work.

It was the major hubs of business such as Bangalore and Karachi that made the most of the military industrial complex. Huge road networks were laid across the country and the Americans became more involved and influential amongst political and business leaders, The Spectator reports.

By the end of the war, the UK, although triumphant, was left with huge war debts and the public was tired after six years of fighting. The British had little appetite for maintaining its influence overseas and so in 1947 the new Prime Minister, Clement Atlee, declared that British rule of India would end within the year.

Another book documenting the role of India during the war is ‘Farthest Field’ written by Raghu Karnad.