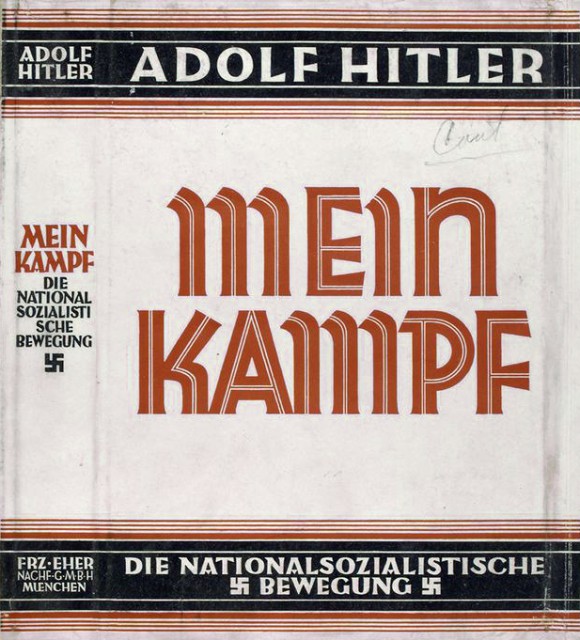 German copyright law is keeping the reprinting of Hitler’s and other leading Nazi party members’ writings off the bookshelves and restricts it to a limited release. However next year, Nazi propaganda writings including Hitler’s ‘Mein Kampf’ are released from copyright restrictions since it is more than 70 years since they were first printed.

German copyright states that after 70 years copyright to any writing becomes publicly available. Many are worried about what will happen to the writings of the Nazi party and whether or not their circulation will become more prevalent.

Meanwhile a British publisher which tried to reprint some original Nazi newsprint and Hitler’s Mein Kampf was prevented from doing so a few years ago. They said at the time that they believed it was an over-reaction, and that now they are glad to hear that the expiry on the copyright will mean they are able to reprint them.

Original Nazi propaganda from World War Two has been and is reprinted in many other countries, but authorities in Germany have continued to uphold the copyright laws in order to limit the availability of Nazi materials. However, since the copyright expires after 70 years, by next year there will be no restrictions on the materials.

Authorities are looking into ways in which they might be able to limit the reproduction of Nazi thought and any writings that are severely anti-Semitic. Many of the rights to the materials have belonged to the Bavarian regional government within Germany, as well as the Nazi newspaper publisher Eher-Verlag which still exists today.

The Bavarian government says that it sees it as its duty to prevent the spread of Nazi materials in order to stop the spread of extreme right wing sentiment gathering. It also says that it is its responsibility on behalf of all of the victims of the Nazi party.

The Bavarian government has not stopped the Nazi materials being re-used or re-produced completely and over the years some exerts of various texts have been authorized and approved for use, as well as materials by comedians and movie makers to use the writings. Some Nazi-era movies must be accompanied by a lecture so that the audience is also educated about the Nazi regime, the Bloomberg Business reports.

It is expected that limits on re-production will be retained by using laws which restrict the spread of materials that could instigate hate crimes and/or Nazi sentiment. Others comment that the copyright laws are irrelevant today, since many of the materials are available on the internet.