NATO or the North Atlantic Treaty Organization was established in 1949, just after World War Two. After the Allies and the Soviet Union had defeated Hitler and his fascist regime, there was peace in Europe but not for long as a Cold War emerged between East and West.

NATO was formed as a Western European military organisation backed by the US, Canada and the UK, which would ensure a deterrent against any attack from the Soviet Union.

Soviet forces had been positioned along the borders of the Eastern European countries that it had occupied.

NATO’s members have agreed that if one is attacked then it is considered an attack on all members and will ensure a response. Much of NATO’s military equipment is standardized so that it can be used across all countries. Here are some of NATO’s most lethal weapons. 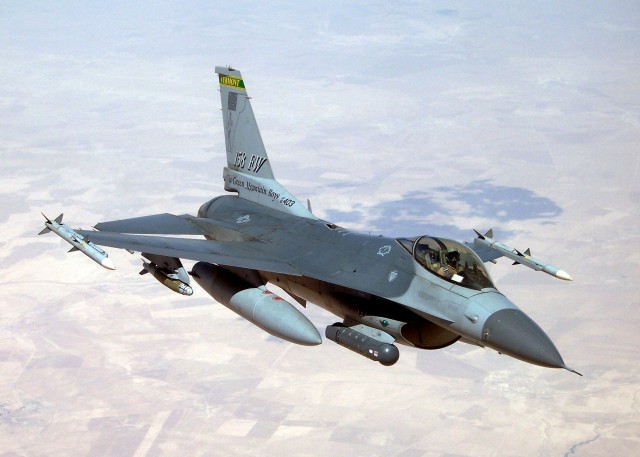 Common to many NATO countries the F-16 was first introduced in 1985. Over 4,500 aircraft have been built since production was approved in 1976. A lightweight fighter it has been used not only in Europe but also in the Afghanistan War and operations over Libya. The F-16 is thought to soon be superseded by the F-35. 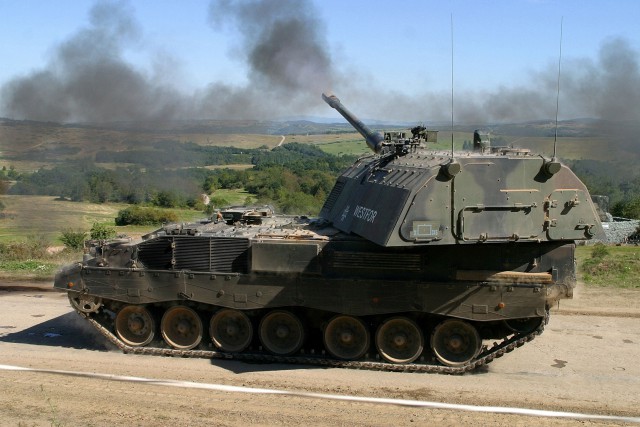 The Panzerhaubitze 2000 (“armoured howitzer 2000”), is a German 155 mm self-propelled howitzer. The PzH 2000 is one of the most powerful conventional artillery systems deployed in the 2010s. It is particularly notable for a very high rate of fire; in burst mode it can fire three rounds in 9 seconds, ten rounds in 56 seconds, and can—depending on barrel heating—fire between 10 and 13 rounds per minute continuously.

The PzH 2000 has automatic support for up to 5 rounds of Multiple Rounds Simultaneous Impact (MRSI). The replenishment of shells is automated. Two operators can load 60 shells and propelling charges in less than 12 minutes. PzH 2000 has also been selected by the armies of Italy, Netherlands, Greece and Croatia, and more orders are probable as many NATO forces replace their M109 howitzers. 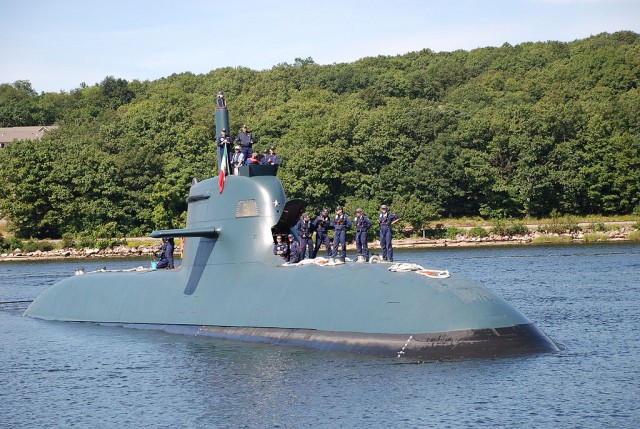 The German Type 212 class, is a highly advanced design of non-nuclear submarine. It features diesel propulsion and an additional air-independent propulsion (AIP) system using Siemens proton exchange membrane (PEM) compressed hydrogen fuel cells. The submarine can operate at high speed on diesel power or switch to the AIP system for silent slow cruising, staying submerged for up to three weeks without surfacing and with no exhaust heat. The system is also said to be vibration-free, extremely quiet and virtually undetectable.

Many countries within NATO use Colt Canada rifles. The C741 is the most widely used, with a 20 inch barrel and can be semi-automatic or fully automatic. It can fire up to 950 rounds a minute.

The Colt Canada C8 carbine range are carbine variants of the C7 family, and is mechanically and aesthetically very similar to the Colt 653. Colt made the initial C8s for Canadian Forces as the Colt Model 725.  The C8 incorporates the design improvements featured on C7 rifles.

In the UK the use of the C8 has expanded to include, among others, the original SAS and SBS, the Special Forces Support Group, the Pathfinder Platoon of 16 Air Assault Brigade, 43 Commando Fleet Protection Group, Royal Military Police Close Protection teams and MoD Police. 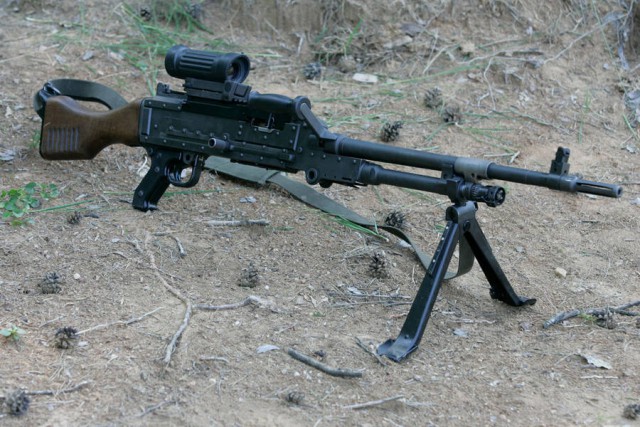 Developed in Belgium in the 1950s it was widely adopted across most of the NATO countries for both platoons and squads. It fires up to 950 rounds a minute, and is fitted with a quick change system so that overheated barrels can be changed. The MAG can be mounted on vehicles and helicopters and is still being made today.