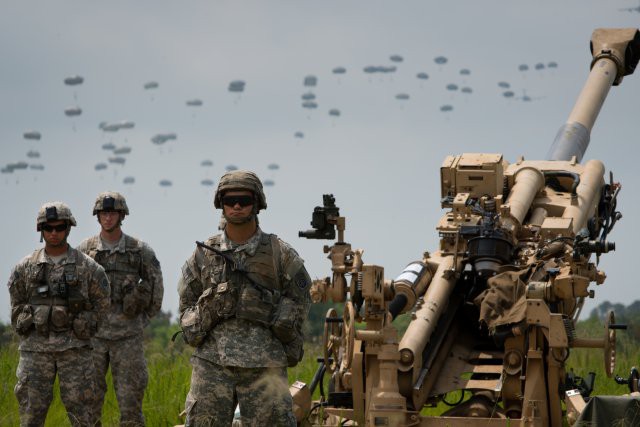 Military exercises have increased in Europe and Russia as NATO and Russia show an increased military presence.

Now, experts are worried that the military exercises are leading to a heightened risk of war breaking out. Some even suggest that war could have started many times over the last year and six months.

Because of this increased risk both Russia and NATO have been warned that they must adhere to a new set of rules around military exercises to prevent a war being triggered.

Relations between Russia and the West deteriorated at the beginning of 2014 when civil war broke out in the Ukraine. Russia moved in to take back Crimea under Russian rule, and rebel factions in neighboring regions fought back against the new pro-European government.

It has been since the civil war started that NATO has increased coordination and military planning in the region, while Russia is thought to be supporting the rebel forces in the Ukraine as well as increasing its troop numbers along the border.

Close encounters have included a British RAF Typhoon shadowing a Russian Bear H aircraft over the North Atlantic. During VE Day commemorations, Russia put on a display of military strength with the largest military parade in Moscow’s Red Square since the country’s days as a Communist nation.

A report by defense and foreign affairs experts has recommended that even the smallest of encounters are a risk to escalation or even for an accident to occur.

NATO has stated that it will be conducting around 270 exercises in 2015 and Russia is planning around 4000 military drills.

Russia is not happy about all of the exercises being conducted by NATO and has raised concerns about the extent of the Rapid Trident exercises taking place in the west of the Ukraine.

The exercise involved around 1800 troops from 18 countries and was aimed at supporting Ukraine’s government-led forces.

Just this week NATO paratroopers took part in a parachute jump into Romania and was the biggest airborne training exercise since the days of the Cold War. Meanwhile Russia launched a rocket test from its warship stationed in Crimea, the Mail Online reports.

Some military experts are suggesting that NATO and Russia are both jeopardizing the peace agreement signed by both the government and rebels in Ukraine earlier this year. Even so, clashes between both sides are still occurring.