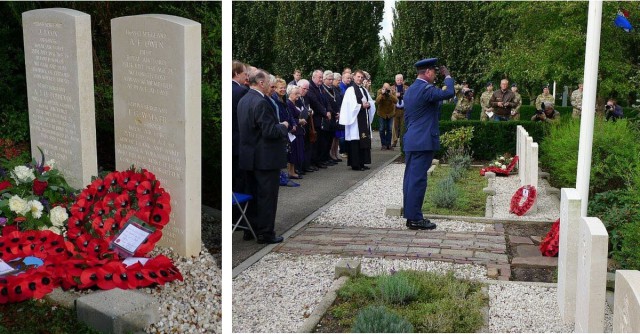 There is no scarcity of lost and found stories of the last moments of thousands of Allied and German soldiers during the Second World War. In a recent development six RAF Wellington’s crewmen were finally laid to rest after 75 years of misleading information regarding their crash site.

The families of the four of the crewmen from RAF’s 103 Squadron attended the ceremony in Netherlands to unveil the tombstone bearing the names of the all six airmen who lost their lives in the crash. The Wellington was on a routine bombing sortie when it was shot down above Dutch countryside in 1941. All men on board died in the crash and were buried in an unmarked grave. The families of the crewmen were never told about the crash and the grave, rather the incident was classed under ‘missing, presumed killed in action’. This meant that relatives back home thought that their loved ones are merely missing and could turn up any time, which obviously was not possible.

For almost seventy-five years no one knew the fate of the Wellington’s crewmen, merely because the Ministry of Defense did not pay much heed towards exploring the incident. Thanks to a team of Dutch researchers the crash site and the graves of the men died in the crash were correctly identified. The team members worked tirelessly for more then fifteen years going through piles of military and civil information sources to identify the plane, its crewmen and then to track their families in Britain. 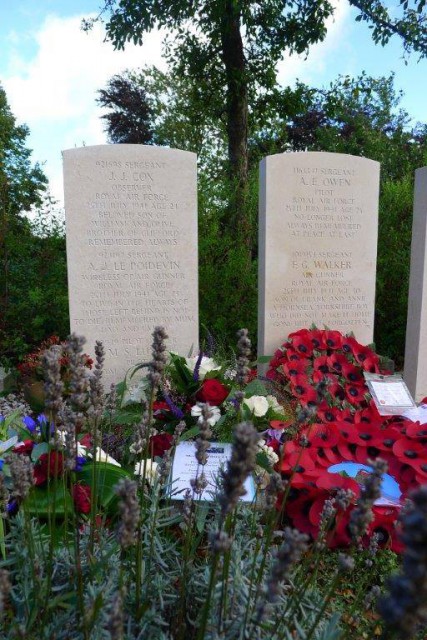 The Wellington R1397 took off from the RAF base Elsham Wolds in Lincolnshire on July, 24, 1941 precisely around 11.30 pm. The mission was to raid a strategic target on the docks at Emden in Germany. On board the Wellington, Sgt. Cox and Sgt. Williams was the Captain of the aircraft Officer Mervin Lund, 23, from New Zealand and his co-pilot Sergeant Arthur Owen, 24 from Birmingham. Other crewmembers included gunner and wireless operator Sergeant Alfred Le Poidevin, 24, from Jersey and Sergeant Frank Walker, 30, who was a rear gunner from East Horn sea, Yorkshire.

All the men were well trained and had already flown half a dozen times on various sorties targeting a number of German targets. On the fateful day, the Wellington R1397 crew had successfully bombed the docks, however on their way back to the base their aircraft was shot down by a German night fighter. The aircraft crashed in the Dutch village of Kleiterp, killing everyone on board, the Sunday Express reports.

The treasurer of Stitching Missing Airmen Memorial Foundation Mr. DouweDrijver said that his team spent more then fifteen years to uncover the mystery shrouding the Wellington crash of 24, July 1941. He added that their aim was to provide the families of the airmen some comfort and a definite answer for the questions about the final moments of their loved ones.