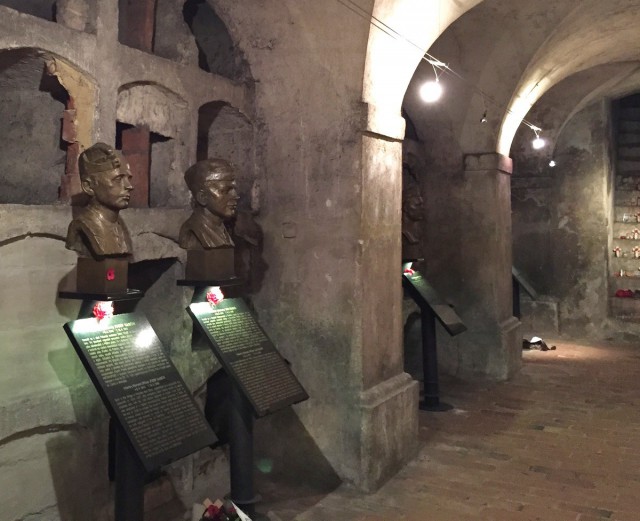 A visit to the Memorial to the Heroes of the Heydrich Terror in Prague is a sobering reminder of a valiant World War II mission.

It’s located in the crypt of the Orthodox cathedral Saints Cyril and Methodius on Reslova Street in central Prague where a bloody battle took place between Czech commandos and German troops. 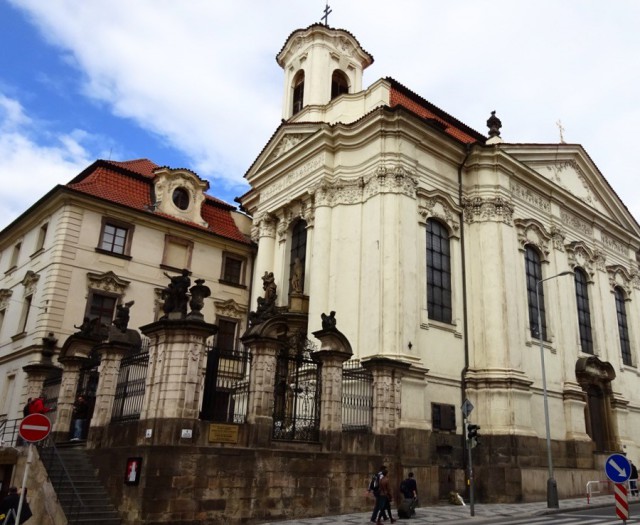 On May 27, 1942, Czech commandos who had parachuted in from England, Sgt. Jan Kubis and Sgt. Josef Gabchik, ambushed Reinhard Heydrich, the brutal SS Deputy Reich Protector of Bohemia and Moravia in what had been Czechoslovakia before the war.

Heydrich was chauffeured around in an open convertible with no security escort to show his contempt for the people under his subjugation. The attackers shot up his car and tossed an explosive at it. The SS leader died a week later from his wounds. 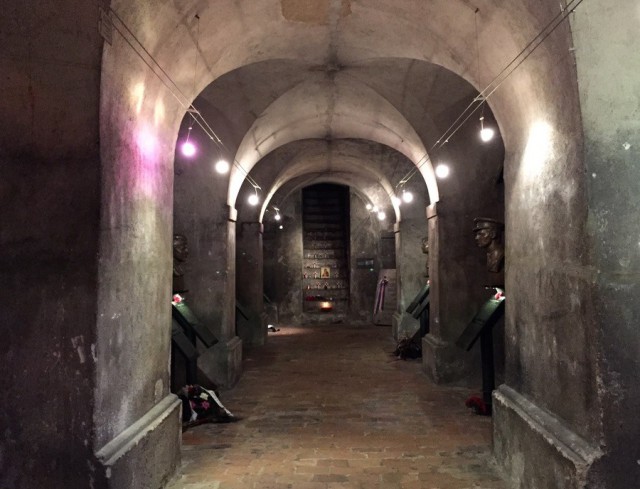 As expected by the leaders of the resistance, the Nazi reprisal and search for the assassins of Heydrich were brutal. Over 5,000, Czechs and Germans were executed or sent to concentration camps where they died. The towns of Lidice and Lazaky were destroyed and wiped off the map.

Meanwhile, the search was on in Prague and the surrounding countryside for the Czechs who carried out the daring daytime attack. Their leaders Jan Kubis, Josef Gabcik and Josef Valcik were on the run with a dozen compatriots. 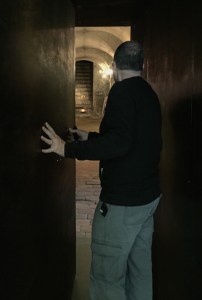 While the reprisals were occurring, they eventually hid out in the Orthodox cathedral Saints Cyril and Methodius on Reslova Street in central Prague. A turncoat revealed their location setting up an epic battle in the cathedral that started upstairs in the choir loft on June 18, 1942, and eventually ended up below in the crypt where the remaining four commandos killed themselves instead of being taken alive by the Nazis.

After the battle the church kept the crypt, unchanged as a memorial to the Heroes of the Heydrich Terror. The entrance is purposely unsettling, a metal partition inspired by the curve of a Spitfire’s wing where it’s unclear how to push it or how to enter the crypt. It represents a point of no return, as it was for the commandos once they accepted the mission to kill Heydrich.

A small museum before entering the crypt offers informational panels in Czech and English, plus artifacts related to the assassination and Nazi rule in Prague.

On the exterior of the church is a memorial to the soldiers and religious people, including Bishop Gorazd, who were executed by the Nazis in reprisal for sheltering the commandos. Another memorial outside commemorates the 294 Czechs who were sent to the Mauthausen concentration camp to be executed. 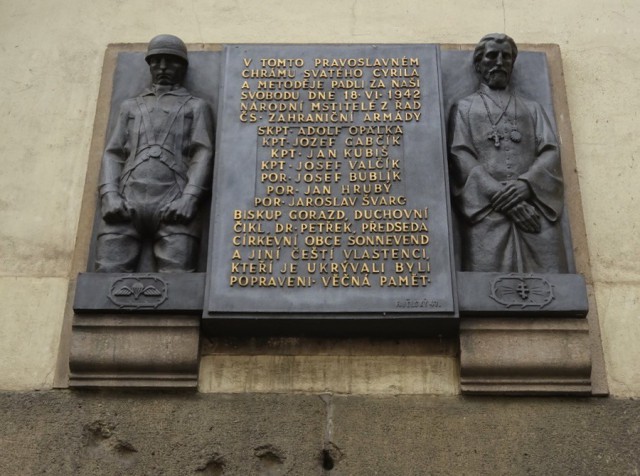 The assassination of Heydrich was controversial since reprisals would be huge. But it was deemed important to rid the world of the monster who was also the architect of the Final Solution.

The attack demonstrated that Czechs were willing to fight for their freedom, no matter the cost. The last words of the brave men were “We will not surrender. Never. We are Czech.”

Here are details about finding the actual assassination site of Heydrich.

Web: National Memorial of the Heroes in Prague

Our special thanks goes out to Michael Milne from Military History Travel!