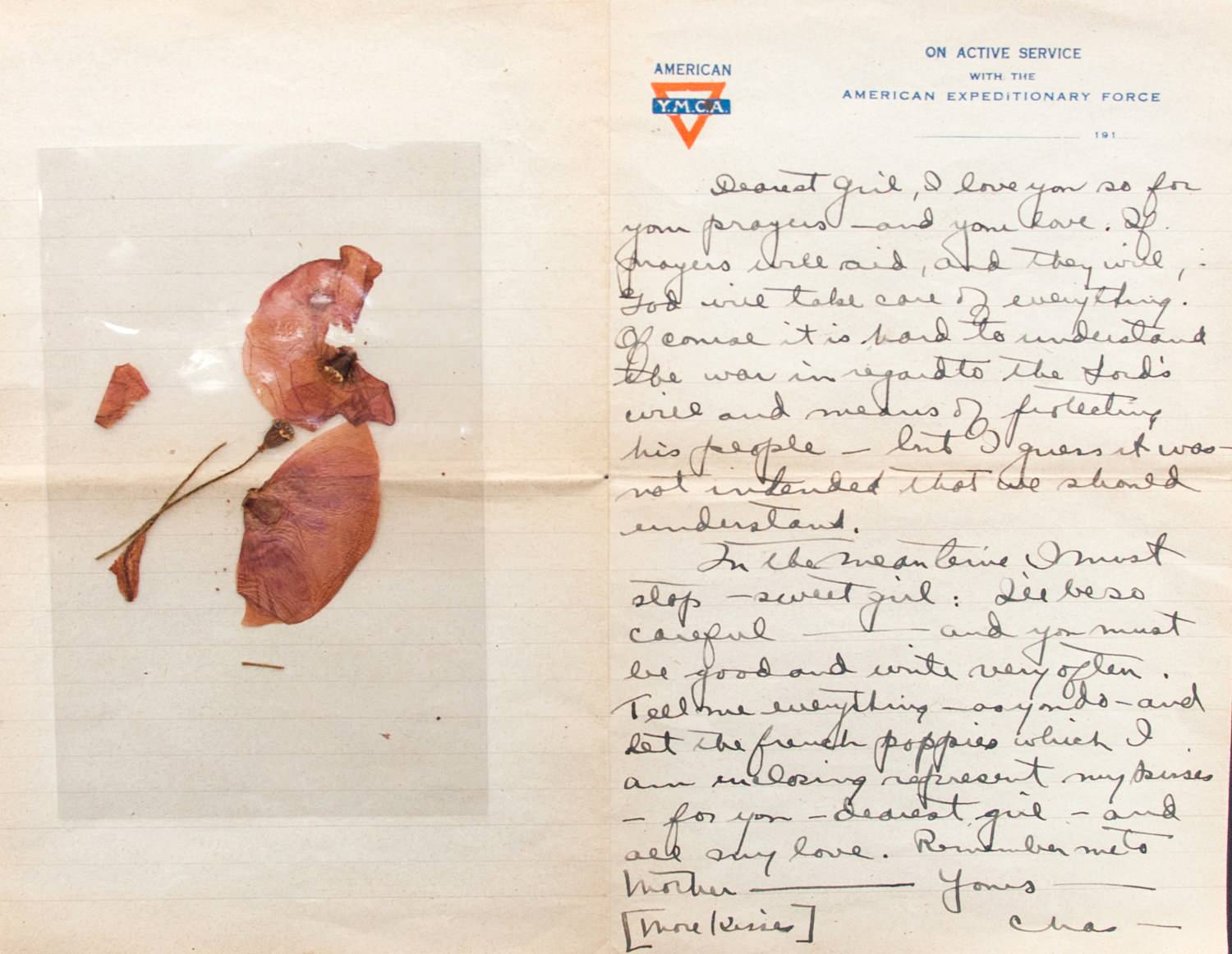 Old fashioned love letters have been replaced by text messages and email. Even the most romantic of these communications cannot compare to the endearing letter written by a World War I soldier named Charles. The 100-year old letter, and the pressed French poppy that was included, is going up for auction at Hansons Auctioneers and Valuers in Derbyshire, UK. The letter was written on American YMCA paper with the headline “On Active Service with the American Expeditionary Force,” the letter is both sweet and mysterious.

The letter reads as followed:

Dearest Girl, I love you so, for your prayers and your love. If prayers will aide and they will God will take care of everything. Of course it is hard to understand this war in regards to the Lords will and means of protecting his people – but I guess it was not intended that we should understand.

In the meantime I must stop – sweet girl, I will be so careful and you must be good and write very often. Tell me everything as you do and let the French poppy which I am enclosing represent my kisses for you – dearest girl, all my love. Remember me to mother – yours Chas (more kisses).

On the description page for the auction, Charles Hanson, the auctioneer, told Yahoo News that there is very little known about the author and even less about the intended sweetheart. Hanson believes the French poppy was picked up by the author during the latter part of the war when victory was in sight.  Historians estimate that more than 8.5 million people were killed in the Great War. This figure includes 116,000 Americans. It is impossible to know if Charles was one of the Americans who lost their lives, or if he was able to see his “dearest girl” once more.