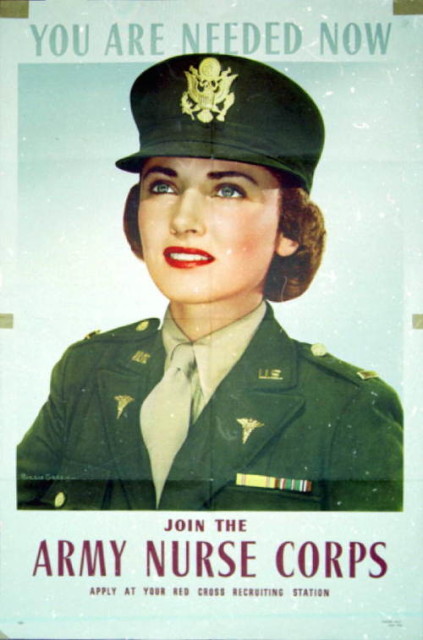 Two World War II nurses have maintained a friendship that’s lasted through the years. Now, as the two women near 100 years of age, the friendship continues with phone calls nearly every night.

Amelia “Mimi” Greeley and Ruth “Brownie” Girk worked at a hospital on a South Pacific island near the front lines. The incoming casualties, disease outbreaks and monsoons only deepened their friendship.

“We’re sort of like sisters – that get along,” says Greeley.

The pair met after volunteering to serve in a war hospital organized by the Presbyterian/Weill Cornell Medical Center. They had the same thoughts about nursing and about how to enjoy life.

Serving in what is now part of Papua WWIW, the newly built hospital they worked in was filled with mud from a monsoon. A scrub typhus outbreak made dozens on the staff ill and killed eight. The hospital then moved to Biak Island to be closer to the fighting. They sometimes had to care for 2,500 patients in a hospital built for 1,500. By the end of the war, the hospital had cared for 23,000 people.

Sometimes “it was awful,” according to Greeley, “but we saw them get well, [so] it was worth it.”

Besides the tough times, there were also adventures. The pair once had to extend their 15-day leave because they were trying to hitch flights from Australia.

Greeley says that being away from home led them to grow close to their coworkers. A faded picture shows the two women with a group of colleagues, smiling.

Both served six months at a military hospital after the war. They left the military as captains. Girk went on to study industrial nursing, work for an insurer, marry and move around the country. Greeley
went back to work for New York-Presbyterian until she married in 1966.

Researchers believe that friendships among older adults can lead to longer lives; however, it is difficult to determine how much effect these relationships actually have, according to psychologist Louise Hawkley at the NORC research center at the University of Chicago.

Nowadays, the two friends can’t travel to visit each other due to medical conditions. The frequent phone calls keep the friendship alive.

The secret to long life, according to Girk, is “happiness and a pleasant outlook on life.”