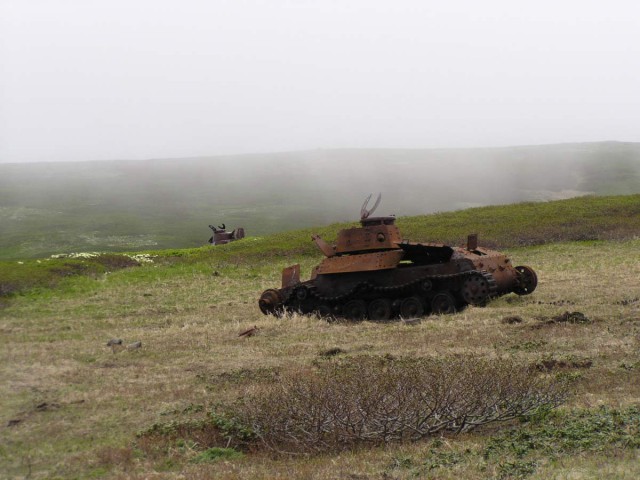 Shumshu Island in the Kuril Islands of the North Pacific has become the focal point for World War Two excavations as the remains of 35 Soviet and Japanese soldiers are located on the island.

The remains were discovered by a Russian-led research team. They were studying the island since it was the location of a fierce battle 70 years ago. The remains belong to a total of 26 Soviet troops and nine Japanese soldiers.

Soviet troops landed on the northern most island of the Kuril chain of islands which extends from Japan to the Russian peninsula. Records suggest that the battle took place after the Japanese had surrendered on 15th August 1945, which leaves even more controversy around the battle.

It is believed that around 500 Soviet soldiers and more than 250 Japanese soldiers were killed in the battle. The Soviets overcame the Japanese and the remaining soldiers were taken as prisoners of war and imprisoned in Siberia.

Russian researchers began to excavate and study the island around 20 years ago, but it wasn’t until 2014 that they began to uncover the remains of World War Two soldiers.

The Kuril chain of islands were governed by the Japanese under an 1875 agreement signed with the then Russian Empire, which relinquished its rights over the islands. However, in the aftermath of World War Two the Soviet Union viewed the islands as being liberated from Japanese occupation.

In addition, since the battle took place after the Japanese surrendered, today Russia views the battle as self-defence by Soviet troops which continued the war against fascism.

Japan and the Soviet Union did have a neutrality agreement, but the Soviet Union declared war on Japan at the beginning of August 1945. Around half of the islands of Kuril were taken by the Soviets, and the locals living on the other islands were evicted, The Japan Times reports.

Russia still maintains that the four islands it captured remain within its nations boundaries as a result of events at the end of World War Two.

The division of the islands remains to be a sticking point between the two countries and means that there is still no formal peace treaty between Japan and Russia that ends their World War Two hostilities.