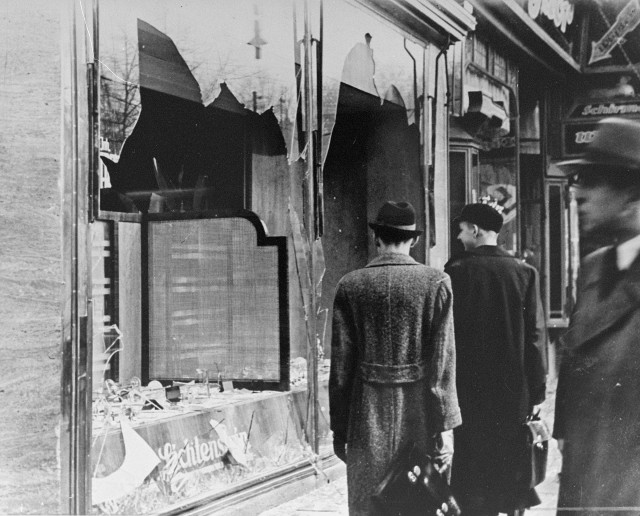 Organisers of a Kristallnacht Remembrance in Sweden are being criticised for not inviting Jewish people to the event.

The event is due to take place in Umeå, a town in the north of Sweden, on the 77th anniversary of Kristallnacht. Kristallnacht was a huge, coordinated attack by the Nazis on the Jewish population across Germany and took place in November 1938, just before World War Two began.

Kristallnacht is translated as The Night of Broken Glass since so many Jewish shop and house windows were broken during the night.

The Swedish commemoration is called ‘Umeå Against Nazism’ and will take place in the town’s central square. The main organiser is Jan Hägglund, who is a local lawmaker and part of the local Socialist Workers’ Party. He says that organisers decided not to invite members of the local Jewish community because of security concerns.

The concerns were over the Jewish people not being safe at the event since similar events to commemorate Kristallnacht in the past have enticed Palestinian supporters and neo-Nazis. Around two years ago the town of Umeå saw its first pro-Nazi rally to be staged since the war.

Kristallnacht is known to be the day that the Nazis stepped up their campaign of violence and terror towards Jewish people. However, the Kristallnacht commemoration event is put on to ensure that the younger generation is aware and learns about what happened on that night more than 75 years ago.

Some commentators think that the organisers of the event are left-wing extremists. Others are wondering what the point is of having an event that condemns Nazism without the victims who suffered under them.

Umeå’s local Jewish Association planned to light candles and have a moment of silence to commemorate Kristallnacht.

Meanwhile, the organisers claim that they did invite local Jewish groups, but that they had declined since they had already organised their own events.

Members of the Jewish community suggest that they only received invitations after the controversy had been publicised in the media.