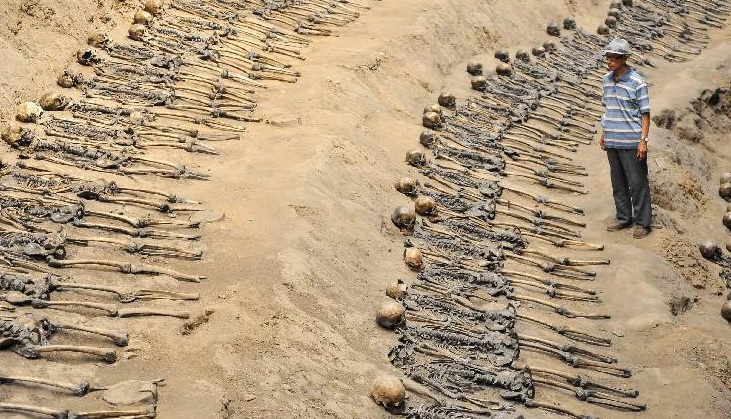 Japan’s revisionists are a driving force behind a different version of what happened during World War Two. Slave labour, torture and sex slaves for the Japanese troops are all versions of war time Japan according to most of the world, except for a small but growing group of people in Japan itself.

One of the most prominent revisionists is Toshio Tamogami, who was the chief of staff for the Japanese Air Force. Even though he is educated and civil, he believes in a version of Japan’s role and actions during the war that differs from the mainstream. What is interesting is that the rhetoric is becoming increasingly popular in Japan, and especially amongst its youth, who are getting feed up with their country constantly having to say sorry to China and Korea.

Tamogami isn’t just happy to sit silently either, he ran for the position of governor of Tokyo, and while he didn’t win he came in fourth with more than half a million votes. Nearly a quarter of those votes were from people under 30 years old.

Tamogami says that the Allies and victors of World War Two have forced a version of events onto the people of Japan and says that Japan should stand on its own two feet and write its own history.

In his version of events, Tamogami says that Japan was not aggressive, but was instead fighting for freedom against white imperialists who had dominated the Asian region for hundreds of years.

He talks of being proud of Japan’s role in fighting back and trying to evade rule by European nations. He also does not corroborate that Japan inflicted atrocities on its fellow Asian people. He calls Japan’s invasion of Korea as an ‘investment’ in Korea, along with Taiwan and Manchuria, the BBC News reports.

When asked about Japan’s invasion of China and in particular the documented killings at Nanjing in 1937, Tamogami says that it is untrue and that there are no eyewitness accounts. Further when pushed on the use of Korean women as prostitutes for Japanese troops he says it is a total fabrication.

Tamogami is not alone and many nationalists in Japan are joining up to this version of events.

Meanwhile Japan’s current Prime Minister, Shinzo Abe, has been apologising for the actions of his nation during the war. Although when it comes to the Korean women, he says Japan’s military never recruited them to specifically service the country’s troops and that they acted of their own accord.