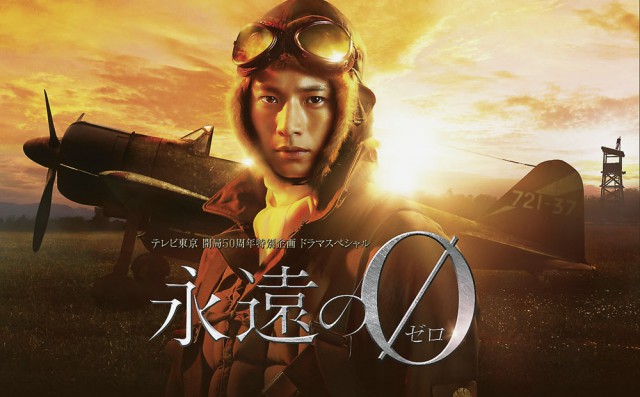 Recently Japan’s film-makers have produced a high number of World War Two military films. Probably because of the 70th anniversary commemorations for the end of World War Two in Europe and the Pacific.

However there are not many new World War Two films from other countries involved in the conflict. While there has always been a steady flow of war films from around the globe, there has more recently been a notable excess of movies coming from Japan.

One reason might be the conciliatory actions that have been taken by the Japanese government and private sector. It has been well-covered by the world’s media that the Japanese Prime Minister Shinzo Abe made an apology during his speech on 14th August, marking the surrender of Japan to the Allies 70 years ago.

Countries that were once Japan’s enemies in the region, including China and Korea, continue to maintain that Japan has never shown enough conciliation. While recently one of Japan’s flagship private companies, Mitsubishi, has also made apologies to Allied prisoners of war for its treatment of them during the war in its slave labour camps.

With the Japanese still grappling with its past, it seems that the rise in film-making about the war is a way to come to terms with the country’s actions during the war.  The locally made films continue to be made and local audience still flood to watch them, even though it is a generation who never experienced the war, The Japan Times reports.

Many films released commercially focus on World War Two as being a disaster for the Japanese, but with their military commanders and fighters as heroes. One of the most recent examples includes Takashi Yamazaki’s ‘Eien no Zero’, which was released in 2013 and tells the story of a Japanese pilot who wants to survive the war and go back to his family alive. Because of this, he is called a coward by his comrades and as a result he takes up a kamikaze mission and dies. The story tells of how his family track down his story to find out why he changed his mind.

The movie was Japan’s biggest action film of 2013 and made around £45 million. The Prime Minister even saw the film and said that he was moved by it. While others felt that it only spread the myth that Japan’s suicide pilots were noble in their actions and glorifies the war.