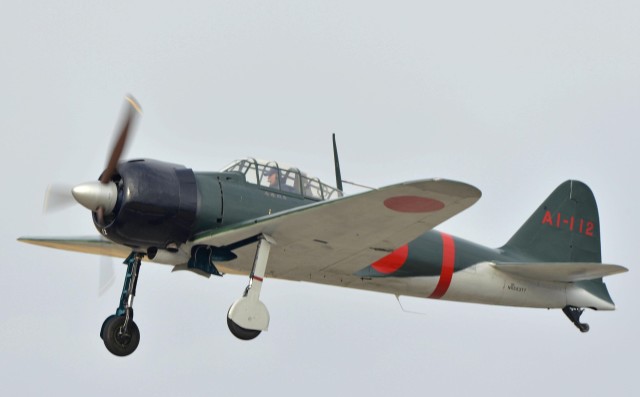 A World War Two Japanese ‘Zero’ fighter plane again took to the skies over Japan this week. It was a test flight after a massive restoration project of the Zero took place.

Two flights were undertaken each lasting around 20 minutes. The aircraft had been discovered in Papua New Guinea during the 1970s and six years ago was bought from an American by Japanese businessman Masahiro Ishizuka. He paid around 350 million yen for the aircraft.

The Zero was a feared fighter plane during World War Two since it was one of the aircraft used by Japan’s infamous Kamikaze suicide pilots. Masahiro said that he wants Japan’s younger generations to know about the Zero and honour those who gave their lives in it.

The Mitsubishi A6M Zero fighter plane was the first of its kind to fly again after Japan surrendered to the Allies over 70 years ago.

The Zero was flown by former US Air Force pilot, Skip Holm, who took off from Kanoya air base, owned by Japan’s Maritime Defence Force.

Around 10,815 Zeros were made and today there are less than 10 that are actually able to fly. Its maker, Mitsubishi has also begun to make aircraft again and has produced Japan’s first domestically-made passenger jet in half a century.