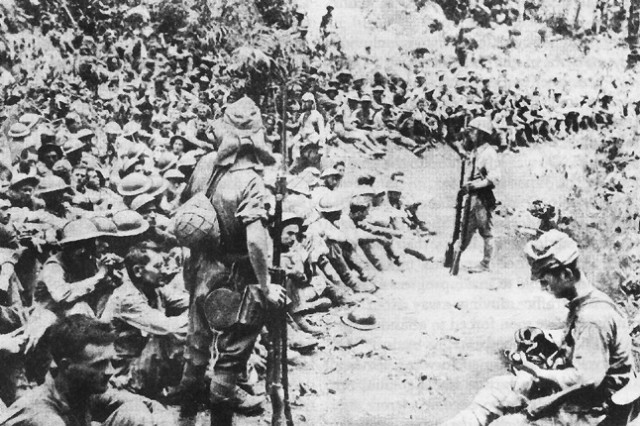 70 years after the end of World War Two, a Japanese company is going to apologise to US veterans for their treatment during the war.

Mitsubishi, the renowned car manufacturer, is due to the make the apology at a commemoration event this weekend. During the war Mitsubishi was responsible for using US prisoners of war for forced labour for its manufacturing empire.

The event will be attended by veteran prisoners of war and relatives of prisoners who were held in Japan. It is taking place at the Simon Wiesenthal Centre’s Museum of Tolerance in Los Angeles. It will be a closed door, moderated meeting and is thought to be the first time a Japanese company has come forward to make such a gesture.

As the 70th anniversary commemorations of the end of World War Two continue, those responsible for crimes during the war have come under more and more scrutiny. The Simon Wiesenthal centre hopes that their event will spur other companies or those responsible to do the same.

In attendance on behalf of Mitsubishi will be the company’s senior executive officer, Hikaru Kimura. The Japanese embassy in the US has not been involved in the event, nor is the US-based division of the company.

A formal apology was made to US prisoners of war six years ago by the Japanese government and again a year later. Now as fewer and fewer veterans survive, it has been a struggled to get any of the private companies involved in slave labour during the war to face up to their predecessors’ actions.

Around 12,000 US soldiers were held prisoners of war by Japan and were forced to work in terrible conditions in factories making war equipment, in mines and in agriculture. Around 10% are thought to have died during their imprisonment.

The event has been led by an initiative called the US-Japanese Dialogue on POWs, which has been leading the challenge to get the private companies involved to apologise, the Yahoo News reports.

Mitsubishi used around 900 US POWs at four different sites that it owned. There are only two surviving veterans who worked at the Mitsubishi locations and one of them is able to be present for the apology this weekend.

Mr Murphy, from California, will be attending and served as a prisoner of war for two and a half years. He worked at a copper mine for one year in awful conditions and is pleased that the company is finally going to make an apology.