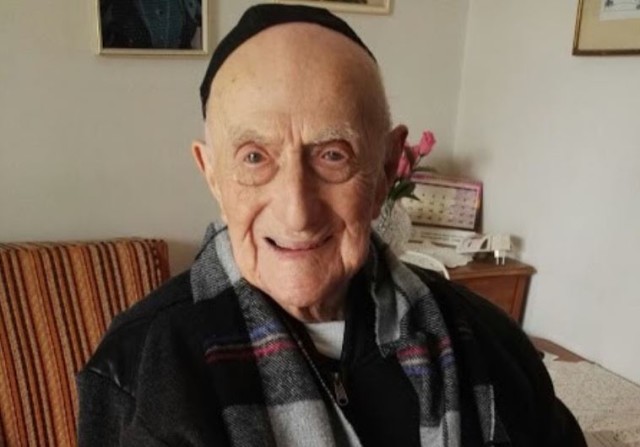 During the Second World War, more people died in the Nazi death camp at Auschwitz than the combined total number of American and British losses. In total, one million, one hundred thousand men, women, and children died in the camp during its four-year operational life. A million of those were Jewish.

Auschwitz was built near Krakow in Southern Poland and was the largest of the Nazi death camps. It was built in 1940 and was originally designed as a concentration camp. That changed when Adolf Hitler’s ‘Final Solution’ policy was introduced. Hitler had come to believe that the only way to deal with what he called ‘The Jewish problem’ was to rid Germany of Jews, and people he referred to as ‘undesirable’ such as the disabled, mentally ill, and Romany gypsies.  This was to be done either by deportation to other countries, or extermination in death camps. What is known as The Holocaust ensued – more than a million Jews were murdered in these camps.

Auschwitz was liberated by the Russian Red Army on January 27th, 1945. The Nazis had abandoned the camp when they knew of the approaching troops and forced around 60,000 of its inmates to march 30 miles across the Polish countryside in freezing conditions to Polish towns for onward transport to camps inside Germany.  The Russian troops arrived to witness scenes of unimaginable horror. Piles of unburied corpses lay in the camp, together with 7000 emaciated survivors, many too weak to walk.

One of those survivors was 42-year-old Yisrael Kristal, a Jewish man from the Polish city of Lodz, who had been sent to Auschwitz with his wife. She had been murdered in the camp, but Yisrael had survived. He was originally from Zarnow but had moved to Lodz as a 17-year-old orphan. He made his way in the world by working at a confectionery factory and subsequently starting one of his own. He had two children with his wife, both of whom died in the Jewish Ghetto set up by the Nazis.

Yisrael is now living in Israel, and may be about to acquire fame as the oldest person alive. He claims to have been born on 15th September 1903, which would make him 112 years old and although he does not possess a birth certificate he still has a wedding certificate dated 1929 plus papers documenting his time in the Lodz ghetto and at Auschwitz.

His relatives and friends hope that these documents will be sufficient for the Guinness book of World records to officially name him as the world’s oldest living person.