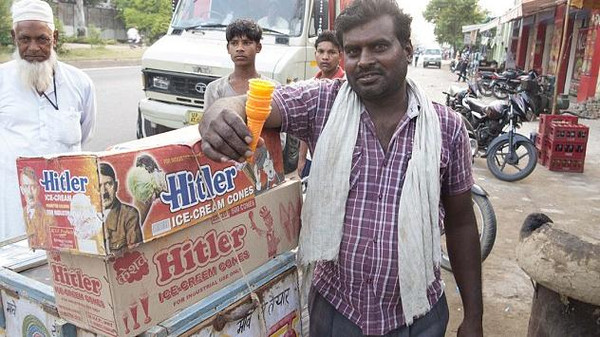 A new ice-cream to hit India’s streets is called the Adolf Hitler and has sparked anger and frustration in Germany and the rest of the world.

Hitler’s name has been branded all over the new ice cream cone, its packaging and boxes throughout India.

German newspapers are labelling the ice cream as an untasteful public relations stunt, but in India the lack of knowledge about the Holocaust means that it is having little impact or consequences there.

Street-sellers across India have been sold the cones and are trying to sell them on street corners to passers-by.

Not only is Hitler’s name splashed across the cones, but also his face which is plastered to the side of the packaging. Some of the branding has him in a cartoon format with a Swastika hat and red tie, but with a very angry face. Other versions of the packaging show Hitler in his full military uniform, almost looking like a photograph. 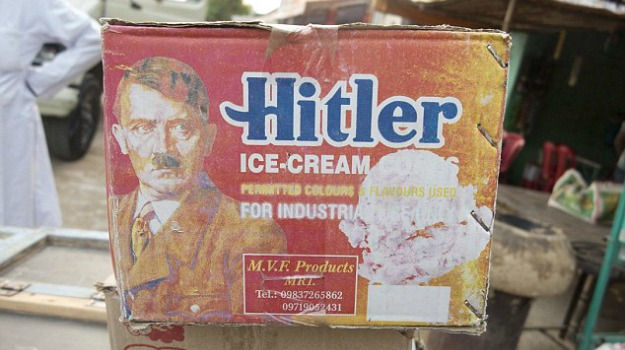 Thousands of people have taken to social media to decry the use of Hitler’s name and image on an ice cream. Twitter users are calling it ‘tasteless’.

In general, people in India don’t know a lot about Hitler and his actions during the war. Other Hitler themed products or locations are not viewed with anger because most people simply don’t know or are not aware.

However back in Germany, the country which suffered his dictatorship for around 20 years and has had to suffer with the repercussions of his actions, it is viewed with a different perspective.

Many in Europe have called for the ice cream to be withdrawn and destroyed. News of the Hitler ice cream cones provoked a furious response on websites calling for the brand to be withdrawn, the Mail Online reports.

Many are calling for the withdrawal of the ice cream to be the start of India’s education about the Holocaust and the destruction that Hitler caused.