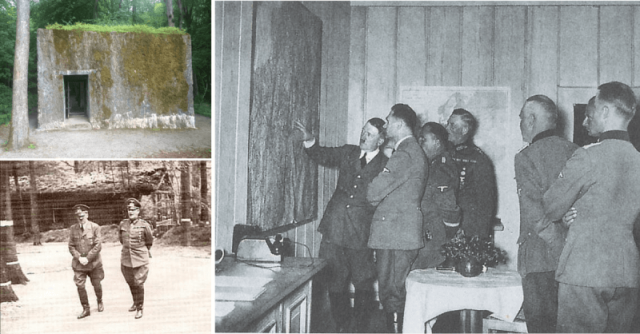 The Berlin bunker where Hitler spent the last days of the war and his life has been vividly described by historians and film-makers. Much less has been made of the bunkers that were built for him near Couvin in Wallonia’s Namur province, from where he directed the second stage of the French campaign in June 1940, and drew up the Armistice agreement after France capitulated.

Lost in the middle of a sprawling forest (12.000 hectares), Brûly-de-Pesche could have forever remained just another spot on the map. However, the events of World War II decided otherwise.

Ahead of the Führer’s arrival, the inhabitants of the village of Brûly-de-Pesche and 27 surrounding settlements were forced out of their homes on 28 May 1940.

Dr Todd and his team arrived to build bunkers & chalets ahead of the Furher’s arrival and Bruly de Pesche’s became the new headquarters,  Hitler named it ‘Wolfsschlucht’ (The Wolf’s Ravine). 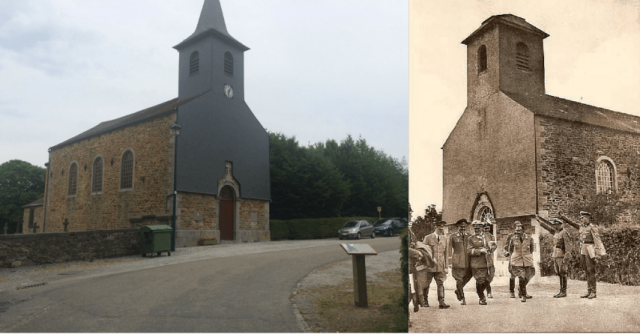 The church, which had its roof removed to act as a water catchment area, became the projection room (movies) and the school their map room.

Hitler flew in on 6 June to be closer to the French battlefields where he later prepared and corrected the documents laying out the peace terms for France, in which he returned the humiliations imposed on the Germans in the 1918 Armistice in the famous railway carriage. Hitler was quartered in one of the chalet close to one of two bunkers built above ground in woodland just outside the village. 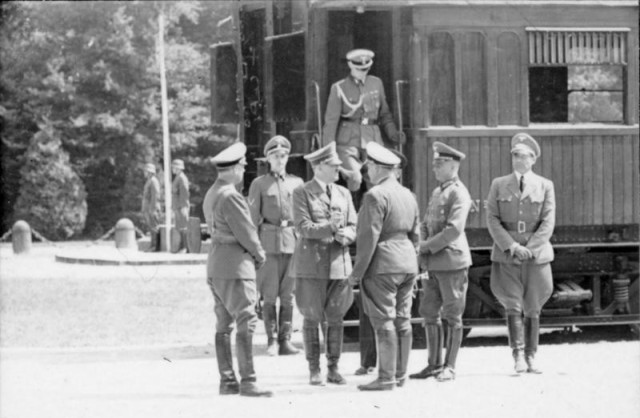 21 June 1940, Hitler speaks with high-ranked Nazis and Generals before the 1918 Wagon de l’Armistice in the Compiègne forest, before launching the negotiations of the 1940 Armistice, which will be signed the next day. Via Bundesarchiv

During his 22 days at Brûly-de-Pesche, Hitler made several short tours to the front, including a day-trip on 21 June to Rethondes in northern France to conclude the Armistice agreement with Marshal Pétain, in the same railway carriage where the 1918 Armistice was signed. Settling old scores was important to the Führer. That evening he returned to Brûly de Pesche, and the following day France formally capitulated.
On 25 June trumpets signaled the cessation of fighting, and three days later Hitler left his Belgian bunker for the last time to fly to his new HQ in the Black Forest. 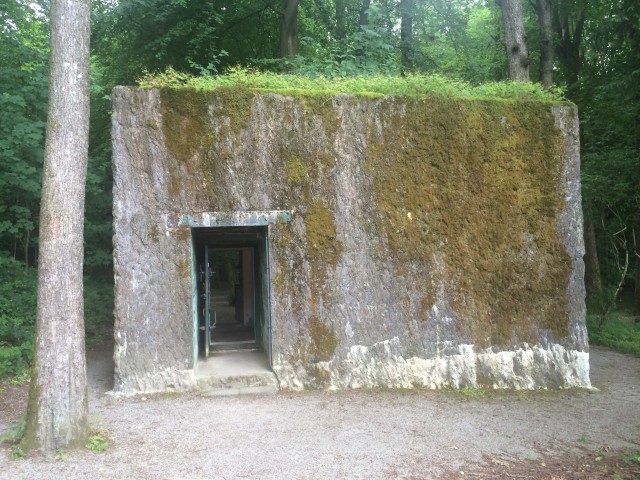 One of the surviving bunkers

After the war, all the German buildings except the concrete bunkers were destroyed by the villagers, but the chalets have since been rebuilt and turned into fascinating museums commemorating a crucial phase of World War Two. One of the buildings has a 20-minute film about Hitler’s arrival and a large collection of photographs charting the German occupation of the area. 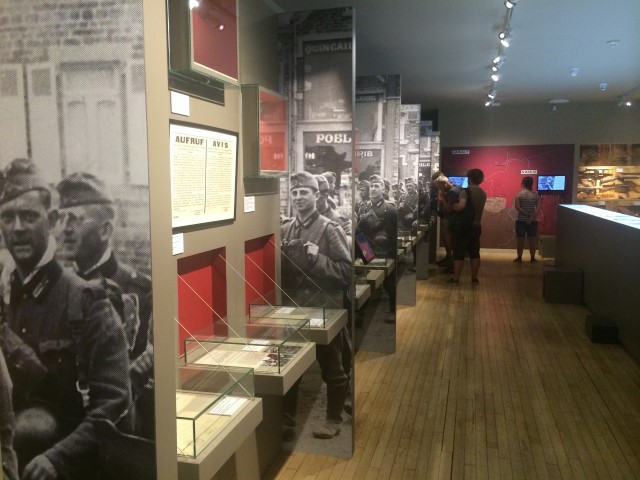 The other chalet, or ‘pavilion’, is dedicated to the local resistance effort. Group D from the Hotton Resistance Movement which consisted of 250 men and women who hid in the forest for nearly three years and worked mainly on sabotaging the enemy’s lines of communication. An exhibition of materials they used and models gives a glimpse of the tough day-to-day life of the resistance fighters.

Overlooked by most WW2 historians, Hitler’s Belgian bunker and temporary HQ at Brûly-de-Pesche are a microcosm of overwhelming German dominance in the first year of hostilities. While Hitler was plotting the capitulation of France, the British had retreated back to their Island preparing it for defense from an invasion they were sure would follow.

On the Western Front, the Germans would never be so dominant again.

More information about the museum can be found here.