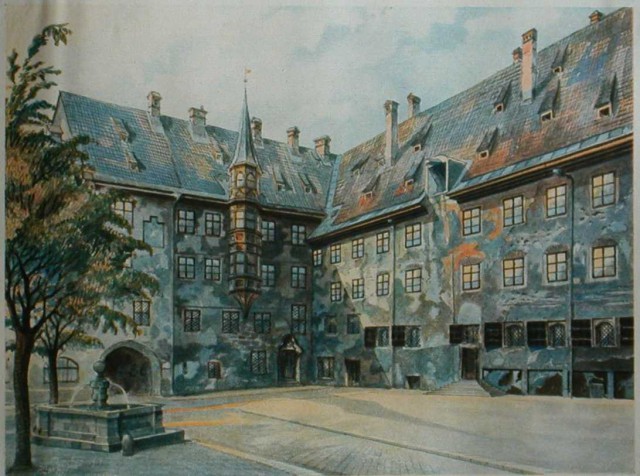 It is well-known that Adolf Hitler was a painter and painted many watercolours before and during World War Two.

Now some of those original pieces of Hitler’s artwork have gone on sale at auction and have been brought by art collectors from around the world fetching around £300,000.

To date, Adolf Hitler’s paintings have only fetched small sums of money during auctions in Germany, but now the job-lot of Hitler’s watercolours have commanded a lot more money.

Historians have widely documented that Hitler would have liked to have been an artist and full-time painter. He painted many scenic watercolours during his time as German leader.

The auction took place in Nuremberg with some of the paintings including images of nearby Neuschwanstein Castle. That painting alone fetched over £70,000 and was sold to a collector from China.

Meanwhile a still life painting of a carnation flower was sold for more than £50,000, and others sold off included landscapes in Austria and the Czech Republic.

According to German media the entire auction made more than £270,000.

There are many people who are against the sale of Hitler’s artwork, however their sale is not against the law since there is no Nazi symbolism on the paintings.

The paintings are all signed A.Hitler and it is thought that they were painted prior to World War Two and to Hitler taking the Chancellery in Germany. There are many forgeries of Hitler’s work in circulation, so a collection of original, authentic paintings is unusual.

Most of those purchasing the paintings were private investors from all over the world including Asia, South America, the Middle East, as well as Germany, the Mirror reports.

The auction house says that there aren’t really collectors who specialise in owning Hitler’s paintings, but that the buyers all generally have an interest in significant artworks.