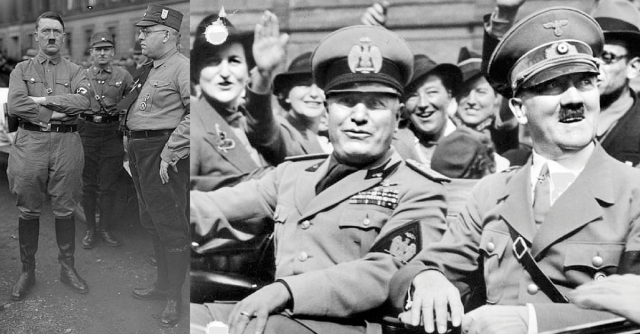 For the Allied leaders during World War Two it was clear as day what they would do with Hitler if he was ever captured. British Prime Minister, Winston Churchill said in 1942 that he would be put to death if Allied troops ever captured him. He even specified that his death would most likely be by electric chair.

No Allied leader was able to fulfil this wish though, as Hitler took his own life at the end of April 1945. He had spread hatred, death and destruction throughout Europe and beyond. He had ended the lives of more than 60 million people, was power hungry and thrived on the glory of war. However Hitler’s death was a quiet and miserable end to someone who had seen themselves as a great leader that would go down in history.

During April of 1945, the Soviet Red Army had advanced ever closer to central Berlin and eventually planted the Soviet flag onto the German Reichstag, or parliament. Meanwhile from the west Allied troops had advanced across France, Belgium and the Netherlands, through Germany and were nearing the capital as well. It was by this time that Hitler knew his war and vision of a thousand year Reich was at an end.

At around 3:30pm on the 30th April 1945, deep underground in his central Berlin bunker, Hitler shut himself and then wife, Eva Braun into a room within his private quarters and asked all of his staff to leave them.

Hitler had fed his beloved pet Alsatian dog, Blondi, a cyanide pill so that he wouldn’t be left alive. Then around 30 minutes later Hitler, himself, and his wife of just 24 hours, Eva Braun each took a cyanide pill to end their own lives. Before the cyanide pill kicked into action, Hitler grabbed a gun he had on the table and shot himself in the head.

While the truth was spread far and wide across the Allied countries and in the Soviet Union, in Germany radio stations reported the news very differently. Broadcasters stated that the Fuhrer had died at his command post in the Third Reich’s Chancery, where he fought the incoming Soviet and Allied troops till his last breath, the Portsmouth reports.

Hitler’s partner in crime, Eva Braun had stayed with him throughout his entire political career. They had first met in 1929. Eva was just 17 years old working as a model and assistant for the Nazi party’s official photographer, Heinrich Hoffman.

Once Eva and Hitler met the couple were inseparable and had turbulent affair that was kept out of the public eye. They never married, until just a few days before committing suicide in Hitler’s bunker, so neither saw daylight as a married couple.

More recently there have been questions about Eva’s ancestry and researchers believe that she may have been from Semitic heritage – an ironic contradiction, which would mean that Hitler may have married a Jewish woman without even realising it.