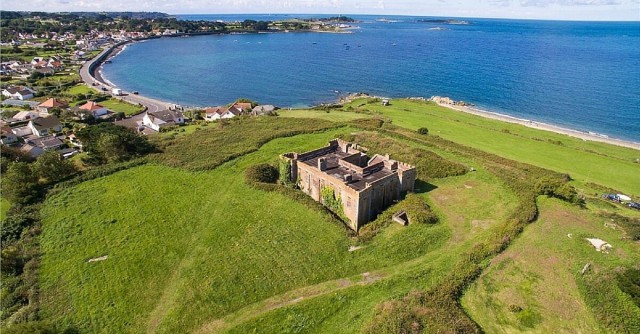 The island of Guernsey, situated off the coast of Normandy is a British Crown Dependency. It is not a part of the British Isles but is owned by the Crown, and its defence is the responsibility of the British government. The island has its own parliament, and although it is not a member of the EU, it enjoys a ‘special relationship’ which means it is treated as a member with regard to trading terms.

This has not always been the case. Fear of French invasions loomed in the 18th and 19th centuries and over 60 gun batteries were constructed around Guernsey’s coastline. One of these was built on a headland in the St. Saviour parish on the Western side of the island, to defend the bays of Vazon and Perelle. 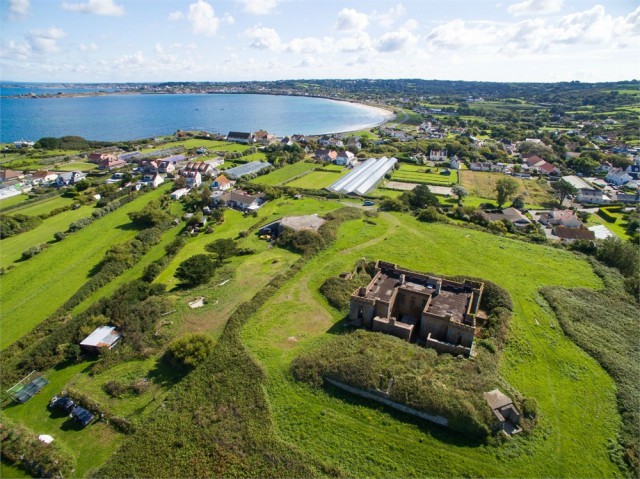 In 1855, a renewed fear of a French invasion prompted an extensive fortification of the battery, and Fort Richmond came into being.  The anticipated invasion did not take place, the British and French governments having subsequently formed an alliance – called the triple entente – with Russia.

Ownership of the fort was in British hands in the early part of the 20th century, but it passed to the island government in 1922. During the Second World War, British Prime Minister Winston Churchill decided not to defend the Channel Islands against the Nazis occupation. 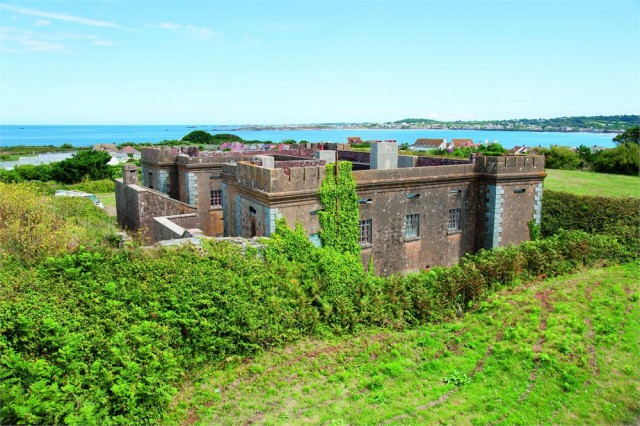 After the war, the fort was used for social housing, and later as a meeting place for an island surf club and a Christian youth group. This continued until the 1990s, since when the Fort and its associated buildings have fallen into a state of disrepair, although the main building and its surroundings are listed as a protected historical monument.

Late in 2015, Guernsey’s Treasury and Resources Department ruled that the historic fort was to be offered for sale on the open market for conversion to a private house.  The buyer can expect to spend several hundred thousand pounds on the necessary conversion and restoration work, in addition to the anticipated £2 million purchase price.

Funds generated from the sale of the fort will be added to a Guernsey government fund for island projects. Representatives of the National Trust organisation say that they regret the sale of the Fort to a private buyer, but they do not have the necessary funds to buy it for the nation.

If you want to buy it, visit Zoopla.co.uk, all images from Zoopla.