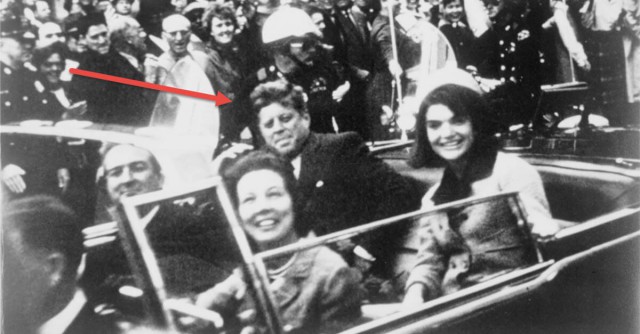 John McCone was instated as the Director of the CIA after John F. Kennedy fired its previous director, Allen Dulles, for the CIA’s catastrophic attempt to unseat Fidel Castro by invading the Bay of Pigs in Cuba.

When John F. Kennedy was assassinated, McCone remained the director of the CIA at the behest of then President Lyndon Johnson. He became an important witness in the Warren Commission, which was created to investigate the murder of JFK.

McCone testified that the CIA possessed no evidence that suggested Lee Harvey Oswald, a self-proclaimed Marxist, was part of any foreign or domestic conspiracy. The Warren Commission agreed with McCone, and its final report concluded that Oswald acted alone; characterizing his actions as a result of his mental instability.

But a classified report hidden deep within the CIA has finally come to light, suggesting that the CIA played a role in concealing information about the JFK assassination from the Warren Commission. The report, written by a CIA  in-house historian, confirms that McCone and other high-ranking CIA officers were “complicit” in hiding information from the commission. The CIA released a statement to Politico Magazine, saying it decided to finally declassify the report “to highlight misconceptions about the CIA’s connection to JFK’s assassination”.

The report found that the most important and influential information that McCone hid from commission was the existence of CIA plots to assassinate Fidel Castro. Without this knowledge, the Warren Commission never even considered whether the assassination of John F. Kennedy could have been retaliation for CIA plots to kill Castro.

Other crucial evidence McCone withheld from the commission includes the fact that the CIA was in communication with Oswald for unknown reasons prior to 1963, that they secretly monitored Oswald’s letters after he tried to defect to the Soviet Union in 1959, and that just weeks before he murdered Kennedy, Oswald met with spies from the Cuban and Soviet governments in Mexico City, the Politico Magazine reports.

The family and friends of Robert Kennedy, JFK’s brother, admit that Robert always maintained a belief that Castro was behind the assassination of his brother. “Did Castro kill the president because the president had tried to kill Castro? Had the administration’s obsession with Cuba inadvertently inspired a politicized sociopath to murder John Kennedy?” the report wonders.

These are questions the Warren Commission had a right to ask, and when information regarding the plots to kill Castro emerged in the 1970’s, staffers of the commission said that if they had known about it before, they would have been able to conduct a thorough investigation into whether JFK’s murder was retaliation by Castro or one of his supporters.