The Royal Mint will be releasing new coins this year to commemorate several milestones including the 950th anniversary of the historical Battle of Hastings and the WWI.

The Battle of Hastings, which in spite of its name did not really exactly occur on Hastings, happened way back on October 16, 1066, and is recognized as one of the fiercest battles to have taken place on British soil. And its getting its own commemorative 50p coin this year, reports the Royal Mint.

As history goes, when the Anglo-Saxon England’s king, Edward the Confessor, died, his brother-in-law, Harold, was crowned in his place. However, William Duke of Normandy and the deceased king’s distant relative by blood felt he deserved the throne more than Harold who was just a kin by relation.

So, he gathered all his troops, crossed the waters to Britain and contested Harold’s claim to the throne. What ensued was a bloody battle that ended the Anglo-Saxon dynasty and started the rule of the Normans.

The fierce war is immortalized in what is now known as the Bayeaux Tapestry.

The Great War will also be getting 2-pound coins this 2016 to mark its centennial commemoration. 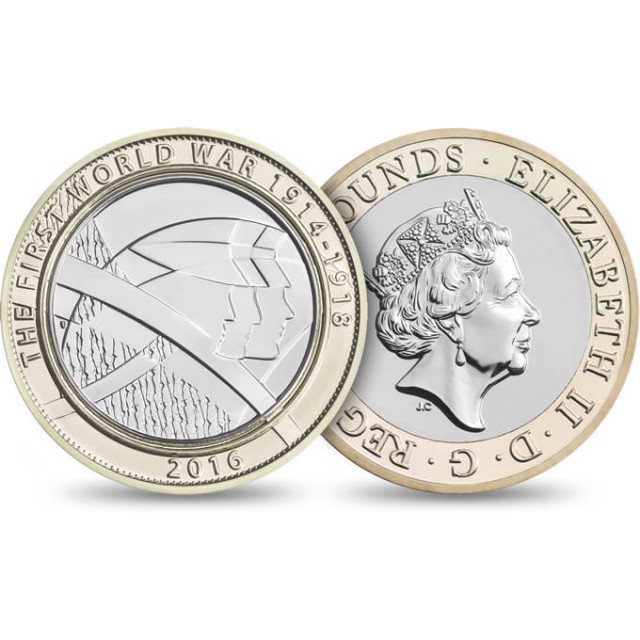 Other events that will be getting coins this 2016 is the Great Fire of London’s 350th anniversary, the 150th birthday of the beloved children’s writer Beatrix Potter and finally, three new coins are dedicated in the memory of Shakespeare to celebrate his 400 years’ legacy in literacy and to commemorate Shakespeare’s beloved play Hamlet.

“The British public should start to see these coins appearing in their change from spring 2016,” Anne Jessopp of the Royal Mint says.