In 1914 the Admiralty wanted to use the Humber Estuary as a safe place to assemble coastal convoys, but to do so, it needed to be protected. So, in May 1915 construction of two offshore forts was commenced with their construction being concluded in December 1919. The two forts were the Bull Sand Fort and, a smaller one, the Haile Sand Fort.

These two forts protected the Humber from surface and submarine attack by employing anti-submarine nets and gun batteries. The forts were in active service until 1956 when the armed forces withdrew, though they were manned until the early-1960s when finally they were abandoned altogether. The Bull Sand Fort was listed as a Grade II Building in 1987 and in 1997 it was sold to the Streetwise Charitable Trust.

In the winter of 1939 the forts saw the first casualty of World War II when a German plane that was dropping parachute mines, fired on the forts with its machine gun. One of the sentries from the East riding Artillery Regiment (442 Coast) was wounded in the arm.

The Haile Fort was built at the low-water mark between Cleethorpes and Humberston on the Lincolnshire coast. The fort has a hexagonal base, three floors, and a two storey observation tower in the middle of the building. Reinforced concrete, rumoured to weigh 40,000 tons, was used in the construction of the base, with the floors built in brick clad with steel armour, which has withstood attacks by enemy forces, both surface, and submarine, in both the world wars. 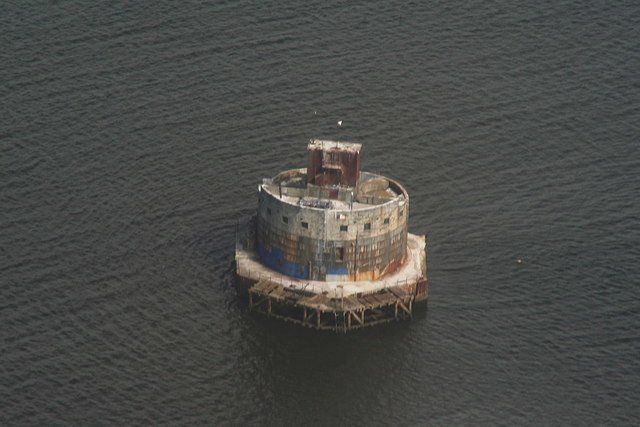 © Copyright Chris and licensed for reuse under this Creative Commons Licence.

Below the waterline there is a basement and a magazine storage of explosives. The middle floor boasts three turrets that extend from the central core towards the north-east. The observation tower has shuttered windows and a flat roof. It is estimated that the fort cost £1,500,000 to build and now it is on the market for a mere £350,000.

So what could you do with a military fort that is now a little run down and rusty but still very solid? You would certainly face some formidable issues such as access, provision of electricity and gas and water and disposal of waste. The weather in the estuary is unpredictable at best and the sea often choppy, making landing a difficult task.

Haile Fort stands in the Humber estuary, which is a Ramsar site as well as a Special Protection area because every winter 175,000 water birds use the estuary as a stopover. The fort would make a great guesthouse for bird watchers from all over the world. 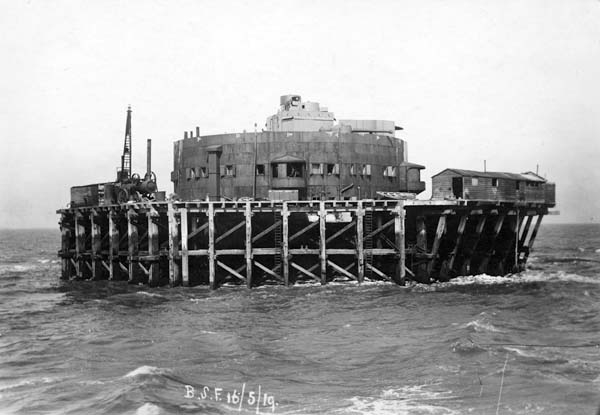 Perhaps it could be made into a wonderfully comfortable apartment and hired out to authors who need a peaceful place to write or honeymoon couples who want to really get away from it all. It could also be marketed to history aficionados who would like to spend a few days in a fort that was regularly attacked during two world wars.

To renovate it into anything vaguely accommodating will take considerable imagination and funds but to the right person it could be a real money-spinner!