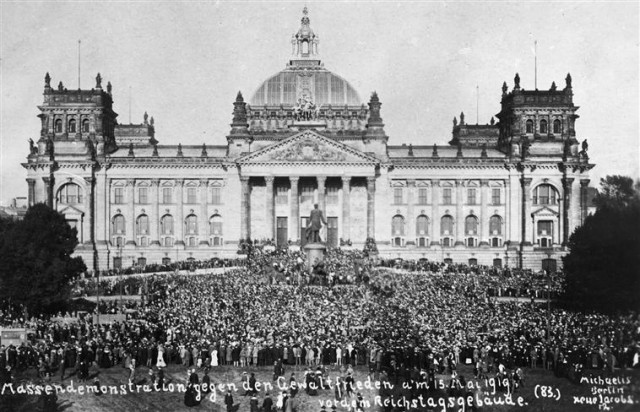 The Greek debt crisis has dominated the news for weeks now, and as Greece tries to work out how it can get out of its debt, the Greek General Accounting Office has reminded its European counterparts that Germany still owes Greece around nine billion Euros for World War One reparations.

But in 1932 French and British authorities came together at the Lausanne Conference and put a stop to the repayments of the compensation because of the Wall Street Crash and subsequent Great Depression that ensued. It was meant to allow Germany some reprieve in order to get its markets in working order again.

Now, as Greece sits in the middle of its debt crisis, the Greek General Accounting Office has been researching ways it can salvage its situation, one of which they say is to ask Germany to repay the remainder of the compensation owed.

The report from the Greek General Accounting Office says that Greece has rights to ask Germany to continue the repayments up to nine billion Euros, particularly because Greece was not a signatory to the original agreement that stopped the payments.

The countries involved realized that it would be impossible for Germany to continue paying its compensation payments to various countries as markets around the world deepened in the financial crisis. The payments were only stopped in the interim and were never meant to be completed stopped. At the time of the agreement, Germany had only paid back around an eighth of its total reparations.

Of course as we now know, Germany pursued a path of rearmament and eventually led the world into World War Two, and so none of the repayments were ever made again.