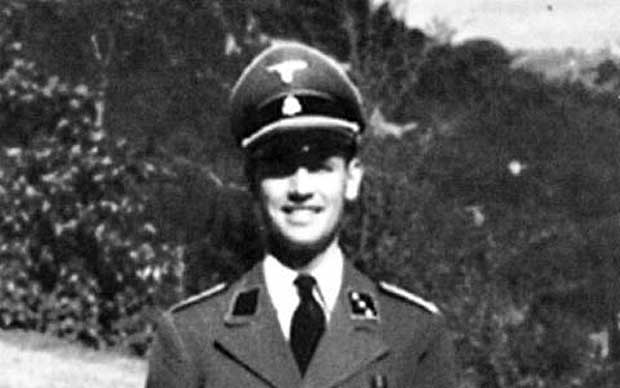 The grandson of a World War Two Nazi war criminal has been granted the opportunity to change his name and remove his grandfather’s surname from his official records.

Tomas Erick Ramon Priebke Ortiz is 25 years old; born and raised in Argentina. His grandfather was Nazi SS captain and war criminal Erich Priebke, who was charged for his part in a civilian massacre at the Ardeatine caves in Italy in 1944. Erich Priebke died when he was 100 years old in 2013 under house arrest in Rome, Italy.

The massacre of Fosse Ardeatine took place in Italy during World War II. On 23 March 1944, 33 German soldiers were killed when members of the Italian Resistance set off a bomb close to their column, and attacked the soldiers with firearms and grenades while they were marching along Via Rasella, in Rome.

Adolf Hitler is reported, but never confirmed, to have ordered that within 24 hours, ten condemned Italians were to be shot for each dead German. Commander Herbert Kappler in Rome quickly compiled a list of 320 prisoners to be killed. Kappler voluntarily added ten more names to the list when the 33rd German died after the partisan attack. The total number of people executed at the Fosse Ardeatine was 335, mostly Italian.

On 24 March, led by SS officers Priebke and Karl Hass, the victims were killed inside the Ardeatine caves in groups of five. They were led into the caves with their hands tied behind their backs and then shot in the neck. Many were forced to kneel down over the bodies of those who had already been killed. During the killings, it was found that a mistake had been made and that five additional people who were not on the list had been brought up to the caves.

There were arguments among the Nazi leadership in Rome and between Hitler and his command over whether 50, 30, or 10 Italians should be killed for every German. Priebke is often accused of murder, because an additional five people were killed who were not on the list of 330 condemned by the “ten to one” rule. As a result, Priebke’s trial strongly focused on these extra killings. Priebke was responsible for the list and his complicity in those killings ruled out any possible justification for his behaviour on the basis of “obedience to official orders”.

To fill the numerical quota, many of the prisoners at via Tasso and Regina Coeli prison who happened to be available at the time were sent to their deaths by the Nazis at the Fosse Ardeatine. Some he (Priebke) put on the list simply because they were Jewish (sending Jews to the camps, however, he said he had never done, for practical reasons: “We needed the railway cars for other things”).

Tomas has now been granted the official authorization to drop the name Priebke from his full name. The authorisation was granted by a judge in Bariloche where Tomas lives.

Tomas began the process of removing his name two years ago when his grandfather died. At the time of his death, the name Priebke became even more well-known, as an international crisis with what should be done with his body emerged; no country wanted to take it.

When Erich died, the Italians did not want his body buried in the country since they feared it would become a pilgrimage site for neo-Nazis. Authorities tried to get Argentina or Germany to take his body, but they ended up burying him in a prison cemetery in a secret location inaccessible to the public.

Erich and his family had fled to Argentina after the war, but he was extradited 20 years ago to appear before a court in Italy for his part in the massacre. His trial took three years, after which he was sentenced to life imprisonment. He showed no remorse for his actions during the war.

Today, Tomas says that the name Priebke has nothing to do with him, and he is aware that it is offensive to some people. Tomas says he has had no contact with his grandfather since he left Argentina.

Many Nazi officers fled to Argentina after World War Two ended, including Adolf Eichmann, who was one of the planners of the Holocaust, and Josef Mengele, a doctor at the concentration camps.