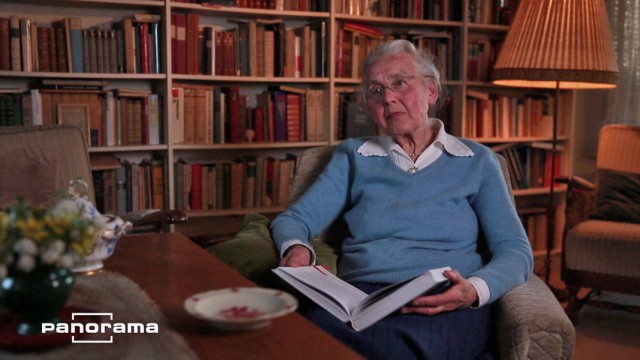 An elderly German woman has declared that the Auschwitz concentration camp was never historically proven to have existed.

Ursula Haverbeck, who is now 87 years old and a grandmother, was put on trial in Hamburg for her role in spreading Nazi propaganda. She has been sentenced to 10 months in jail for inciting hatred. During the trial, she insisted that the Auschwitz concentration camp was never proven to exist. Ursula claimed that Auschwitz is only something that people believe happened.

Her husband was Werner Georg Haverbeck, who during the Nazi period was temporarily engaged in the national leadership of the Nazi Party. He was founder and director in 1933 of the German Imperial Federation of Nation and Homeland.

In 1992, Haverbeck-Wetzel became the first chairperson of the newly founded Memorial Sites Association, remaining in that position until 2003. The association was established with the statute to build a dignified remembrance for the German civilian victims of World War II by bombing, abduction, expulsion and detention centres, to end “the unjustified unilateral nature of the view of history and struggle to overcome the [negatives of the] past.”

Ursula has been well-known as a right-wing extremist and had been a leader of a right-wing training centre that was shut down by authorities in 2008. She has an existing criminal record; she has received two fines and a suspended sentence for agitating violence and spreading Nazi rhetoric.

In June 2004, the district court of Bad Oeynhausen sentenced Haverbeck to a 5,400 euro fine for sedition for introducing a form of denial of the Holocaust, which was repeated in 2007 when she was a total fine of 6,000 euros.

She was made to go back to the German courts after she appeared in the ARD television broadcast series Panorama in March 2015. Despite proceedings prohibiting, Haverbeck-Wetzel again denied the mass destruction of the Jews and discussed her critique. She described “this Holocaust” as “the biggest and most persistent lie in history” for her, which she indicates saying somewhat in the style of Faurisson, referring to Robert Faurisson, one of the first to look for the alleged gas chambers in the extermination camps.

While on trial, Ursula was cheerful and re-confirmed what she had said on television without hesitation. She even challenged the Hamburg court to prove that Auschwitz was a death camp. The judge stated that it was useless to discuss the topic with someone who won’t accept facts. He went on to refuse to prove anything to Ursula. Magistrate Joensson said that Ursula is deplorable and that she is a lost cause.

At the trial, many right-wing activists attended and they applauded Ursula as she left the courtroom.