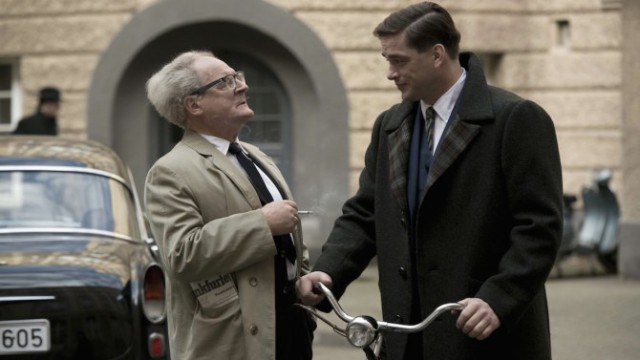 Two new German films are about to be released; they depict the man the former Nazis hated and feared the most; Fritz Bauer. Known as the country’s most persistent Nazi hunter, these films are being made to honor the work he did in fighting against the post-war amnesia concerning the Holocaust.

In 1933, Bauer spent time in a Nazi concentration camp before going into war-time exile in Denmark and Sweden.  He made use of that time and opportunity to make a difference in the world.

The two movies being made will depict the two biggest battles of his life.  The first movie is titled Labyrinth of Lies by Giulio Ricciarelli, and will describe Bauer’s accomplishment in bringing 22 former Auschwitz officials to justice in the 1960s.

Although this movie’s main character is fictional, it does depict some of Bauer’s real-life events.  A young public prosecutor who works under Bauer fights against a conspiracy of silence and resistance in a judicial system still filled with former Nazis.  One of the strongest scenes in the film is of the young prosecutor asking Bauer if every single German should ask whether or not their father was a murderer. His answer was that they should.

Before the trials in Frankfurt during the years of 1963 to 1965 many Germans believed that the concentration camp pictures they saw were Allied propaganda.  They truly believed that those photos were made up.  Bauer was not afraid to step forward and show the public just how terrible the Nazis were.  He believed that it was time to end the silence that hung around Nazi crimes.

While working on those cases, Bauer had gotten hate mail, hateful phone calls, and even a bomb threat.  The worst threat was a neo-Nazi plot to assassinate him.  These threats did not stop Bauer from doing his work.  One person said that each morning in the Frankfurt courtrooms, dogs had to be brought in to sniff for bombs, ensuring the courtroom was safe.  Bauer says that once he left his office, he immediately became a target for the enemies.

The second movie is called The People vs. Fritz Bauer by Lars Kraume.  This movie depicts Bauer’s help in tracking down a fugitive Nazi in Argentina.  Adolf Eichmann was known by many as the architect of the Holocaust.

In 1957, Bauer nearly went to jail for high treason.  He had passed on a tip to Israel’s Mossad secret service information that led to the kidnapping of Eichmann.  The Israeli agents then abducted Eichmann in Buenos Aires in 1960; he was convicted of war crimes in 1961, and hanged him a year later in Israel.

Although Eichmann was caught and hanged, Bauer still did not feel successful with the capture because Eichmann would never face justice in Germany.  Berlin had never requested the extradition of the top Nazi, which proved interesting.  However, one positive is that this capture probably led to the capture of other top ex-Nazis.

Even after Bauer’s death, his work continues.  In 2011, a trial was held for John Demjanjuk, a Nazi, camp guard.  There was also another trial for Oskar Groening, another camp guard.  Nearly 50 years after it started, Bauer’s work is still being continued.

Bauer was found dead in July 1968 a bathtub, and his death is still being investigated.