Recently documents have been released showing how France was involved in the Holocaust.  The documents have been kept locked for years in an attempt to block out France’s part in the genocide. The newly released documents came from the Vichy Regime, which was led by Marshal Philippe Petain during the years 1940 to 1944.

What many did not know is that French policemen helped the Germans round up the Jewish people and send them off for extermination.  Some Frenchmen collaborated with the Third Reich, such as French police and paramilitary organizations in the “free zone”, which was Vichy in Southern France. They were known to be complicit in rounding up the Jewish people, which were referred to as the “enemies of the state.”

There are several disturbing stories about how the French Jews believed they were being helped until they finally understood they were being betrayed.  The names of those French officers involved in rounding up the Jews will be listed for the public to view.

Six years ago, France’s Council of State brought to the public’s attention that the Vichy government, especially, was partly responsible for the deportation of the Jews and that not all of the blame could be put on the Germans. Nazi officials had constantly claimed that they did not force the French to betray their citizens.

One of the documents stated that the French exceeded the expectations the Germans had of them.  Resistance fighter Lucien Guyot said that the French took an interest in the deportation of Jews of all ages, and sent them to the concentration camps without further thought. 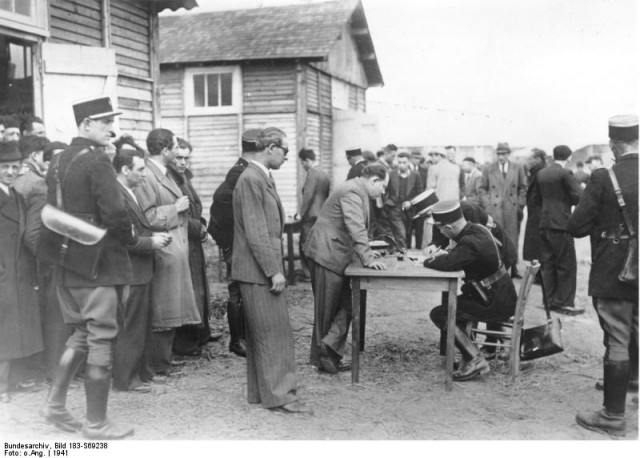 Historians believe the release of the documents could help several countries come to grips with their history. For instance, the documents may explain more about what had happened to the Resistance leader Jean Moulin.

It’s known that he died after being caught by the Nazis in 1943. Some think that he committed suicide while others say that the Gestapo chief Klaus Barbie, also known as the Butcher of Lyon, beat him to death.  Either way, historians believe new information can lead to a possible theory as to how Moulin fell into the Nazis’ hands in the first place.

He was captured at a Resistance meeting in Lyon when Barbie broke in and arrested everyone at the meeting except for Rene Hardy.  Hardy was a Frenchman, who many believed was a secret spy, though later when Hardy was convicted of his part in the war, he was cleared of all charges.  Another theory is the possibility that Moulin could have been betrayed by Raymond Aubrac, a Jewish member of the Resistance.  Throughout the rest of his life, Aubrac fought to clear his name.  He died in 2012 at 97 years old.

After the war, Barbie went to work at the Western intelligence agencies in South America.  He was extradited to France 1983 to stand trial for his actions in the war.  He ended up dying in prison in 1991.

Thankfully, many lawyers around the world are continuously working on changing that.  They are working hard to drag money out of the French government in order to compensate those families.  In 2007, President Jacques Chirac made an announcement to the public that the things that happened during the Holocaust on France’s part have sullied France’s past, and need to be addressed.

Today, France actually has one of the largest Jewish communities, totaling up to 500,000.  However, many people still say there is anti-Semitism remaining in France.