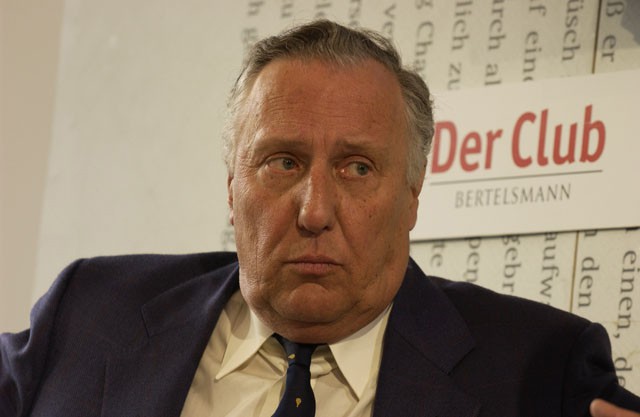 One of the UK’s most successful novelists, Frederick Forsyth, has revealed his role in the Cold War as a spy for British intelligence arm, MI6 in his new autobiography.

In ‘The Outside: My Life in Intrigue’, Forsyth says that he was recruited into the British intelligence services in 1968 and he spent the next 20 years operating as a spy against the Soviet Union.

Forsyth, who is now 76, was working as a freelance new reporter and was writing about the war in Nigeria at the time he was recruited by the intelligence services. He recalls how he was worried about the consequences of being captured behind enemy lines.

He recalls how he armed himself with a gun and a bullet in case he might need to commit suicide rather than face torture whilst on a mission. Forsyth says that what he did during the Cold War is no longer a secret, and that many top secret papers and records from the era have already been published so he believes his story will inform the public about what he did.

In one example of Forsyth’s experiences, he says that he had to pick up a secret document from a Soviet colonel based in Dresden, in Germany, who was a British ally and providing the secret service with intelligence.

Forsyth and the colonel recounted code words in order to ensure that each of them was the right person. They met in the men’s toilets of a public museum and made the document exchange over the toilet cubical wall.

Forsyth says that his car, a Triumph Vitesse, was worked on by the intelligence services and modified in order for the car to house a secret compartment in the engine in which the documents could be hidden for the trip back to Britain, The Telegraph reports.

Forsyth does say that he came close to being captured on the return journey when he crossed the border from East Germany to West Germany. But as soon as he was clear he felt relived and joyful that he’d got through and was safe.

Just like James Bond, Forsyth also recounts a series of relationships with women around the world whilst on his travels.