His mother was worried why the FBI had called to ask questions about her son, and as he was sworn to secrecy all he could do was sympathise with her confusion and claim ignorance.  He could not tell her the truth.  Not only was his family suspicious, but other servicemen on the base were also suspicious of those seamen selected for this training.

Spirou recalls that he was not allowed to remove anything from the classroom, even their books had to remain in the classroom at all times and when they left the room they were subjected to a search.

Radar was a very new technology to the US forces, though both Britain and Germany had also experimented with it and sonar was used to help locate mines and enemy submarines. Mines were a popular form of warfare and were sown over large areas in both the Atlantic and Pacific oceans. They were a constant menace to Allied shipping.

With his background in electronics Spirou supervised the installation of radar and sonar whilst ships were in dry dock. After four months, he was transferred to active duty in the Philippines and was assigned duty on the minesweeper YMS-136 as part of the clearance of ordinance around Borneo. Their job was to clear the waters for the Allied landing, by using radar and sonar to find anything that could impede the landing, be it a mine, barbed wire or anything else laid by the enemy. Borneo was important from a strategic point of view, being due south of the Philippines,  and it had oil fields to help to fuel the Allied ships and aircraft.

The minesweeping boats were small wooden vessels approximately 150 feet long, equipped with twin 250HP Hudson diesel engines and six guns; a 3”gun, two 20mm guns, one twin 50mm gun and two 40mm guns. They carried a crew of four officers and thirty enlisted men, who were equipped and trained to deal with all kinds of naval mines.

Magnetic mines used in shallow water, acoustic mines which were triggered by the sound made by ships propellers, contact mines that were detonated when touched by something, and pressure mines. All these mines were classified as top secret by both sides and used by  all the combatants during the war. The damaged or sank many vessels.

For just over two weeks, Spirou and his crew worked tirelessly to clear, , anything that could be a danger to the landing forces during their landing. It was very dangerous as well. Aside from the constant threat from the mines that they were trying to clear, Japanese soldiers would stealthily make their way from land out to the boats and then hurl grenades over the side and at night kamikaze pilots would attempt to crash their planes into the minesweeping team. Luckily, the bigger ships in the Allied fleet provided shelling and anti-aircraft fire that kept most of the Japanese threat at bay.

After the surrender of the Japanese forces, after the dropping of the Atomic bomb, most of the Armed forces looked forward to a cessation of hostilities and to going home. This was not an option for the crews of the minesweeping boats. So many mines had been planted and they all needed to be located and either defused or blown up. Obviously, these mines would pose a serious threat to peacetime vessels.

The squad of which Spirou was a part, were ordered to China’s coast and instructed to clear parts of the coast as well as the Waipu and Yangtze Rivers. At the end of the war there was still a great deal of uncertainty on both sides and one day they were shelled by the Chinese Communist forces.

Having just come out of a war situation, it is not surprising that the minesweeper was quick to retaliate and fired its gun in response. The US Navy then intervened and threatened an air bombardment if the shelling did not stop. The Chinese Army ceased their attack on the minesweeper and so Spirou and his crewmates continued their very important work.

Another example of how tautly strung were the nerves of the crews of these minesweepers happened a short while later. The sonar operator on board reported a ‘significant ping’ to the captain, who then ordered Spirou to determine what had made the ping. Fears of submarines abounded, but Spriou was certain that the ping was created by the sonar bouncing off a whale. the crew waited anxiously as they waited to see if his analysis proved correct. If he was wrong he could have jeopardised the lives of all the crew, so it was with sighs of relief that they saw a whale surface close by.

Spirou was only demobbed in April 1946 when he returned to the USA, married and settled down to raise his family. He served in one of the more unusual branches of the armed forces during the war and he said, “I volunteered to serve and am glad I chose the Navy. I have no regrets.” He and the other who served in American minesweepers played a crucial role in ending the war and making the seas safe after the world.

There should be more recognition for the men who did this difficult and thankless task.

This story is an excerpt from Kayleen Reusser new book, World War II Legacies, it contains 28 stories of American men/women who served in every branch during World War II at home and abroad. 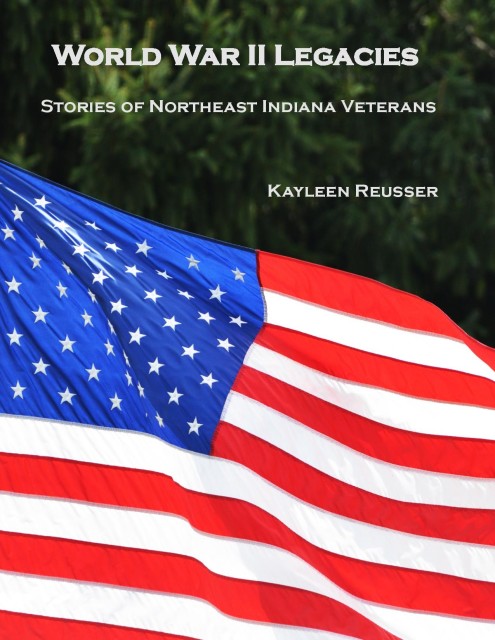