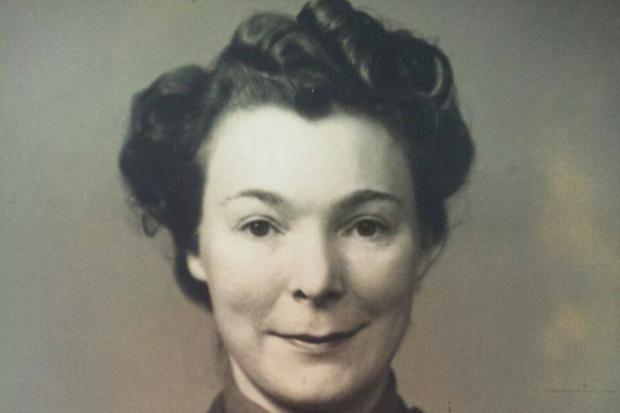 One of Britain’s female World War Two spies dies and leaves behind a bomb scare after weapons and munitions were discovered at her home.

Eileen Burgoyne died at her home near Twickenham in South West London last year at the age of 70. Locals had heard rumours that she used to work for MI5 but no one knew her true past.

When house clearance workers came across a Sten sub-machine gun the police and authorities were called in to investigate.

Records showed that Eileen had worked for the Combined Services Detailed Interrogation Centre in the Allied controlled area of Berlin when the Nazis fell and World War Two ended in 1945. It is thought that her role was to support the interrogation of Nazi prisoners.

It is thought unlikely that she would have received the machine gun from her time in service, but many believe she had the gun in her possession as protection or a souvenir from the war.

Most people who had top secret positions during the war never spoke about them, as Eileen never did.

Other people kept weapons and mementos from their service during the war. For example, a Polish pistol which is now on display at the Imperial War Museum was owned by Countess Krystyna Skarbek, who served as a secret agent for the Allies during the war.

Another example is that of the Baroness Park of Monmouth, who served as a secret agent and later with MI6. The Baroness did give her gun back when she finished her service, but not until she was in her 80s.

Elizabeth McIntosh was a US secret agent during the war who also died recently. She spoke fluent Japanese and propagated false information amongst Japanese troops in favour of the Allies, The Telegraph reports.

Prior to the war only men served in secret service, but as the majority of men were used as ground troops or aircraft crew, women began to take on more and more support and secret service roles. They had to go through the same training as the men and they were not discriminated against in terms of where they were posted or what they were tasked to do.

Pearl Witherington ended up leading a French resistance force of around 2000 in Nazi-occupied France to support the D-Day landings, after their original male commander was killed. Meanwhile, Nancy Wake, who was originally from New Zealand, led around 7000 troops to fight huge divisions of Nazi soldiers.

Sadly, after the war, women were not eligible for military honours and so were never rewarded for their service.