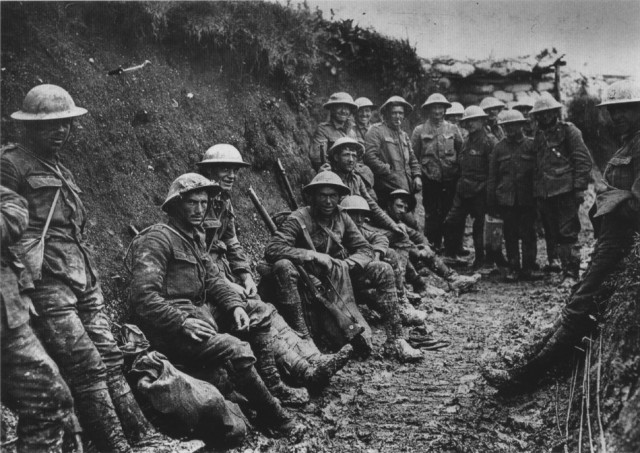 The Irish soldiers who took part in World War One returned home to more fighting and continual war over the years.

In 1919 at the end of World War One, the Dublin Fusiliers came home from fighting in France, just as Ireland’s new leader was being inaugurated. At the event the Fusiliers attended, but were met with the republican movement stating that they wanted independence and the evacuation of the English.

The Irish troops were now not fighting a foreign enemy but found themselves in conflict with their own people. However many felt betrayed by the British Government which hadn’t fulfilled its promise for Irish independence once the Great War had ended. It was then that many soldiers joined the IRA.

Records show that around 109 troops who served for Allied forces during the war joined the IRA, while others joined the Crown Forces. Many believed that ex-soldiers became a target no matter what side they were fighting for.

The names of ex-soldiers who had joined the IRA were provided to authorities and those that revealed who they were became a target themselves. The British Government began a system whereby those loyal to the British would be compensated if they became targets of the IRA, but it didn’t differentiate from those who were ex-soldiers.

Free State troops grew to around 60,000 men, of which about half were ex-soldiers and around a quarter of those were British and after the war were given employment privileges.

Meanwhile in the World War One ten year commemorations in 1924 in Dublin were attended by thousands and never was a show of support for the British and Allies stronger.

Other ex-soldiers maintained close relations with the Irish Government. The country’s first President, William Cosgraveauthorised the building of houses specifically for ex-soldiers and began the development of garden cityhousing complexes.

However, many ex-soldiers continued to complain against the British Government and in 1927 created their own committee to manage their complaints. All parties wanted to support them and address their issues, The Independent reports.

So after the end of World War One, it was the Irish Civil War that split Irish society rather than simply those who were loyal to the British.