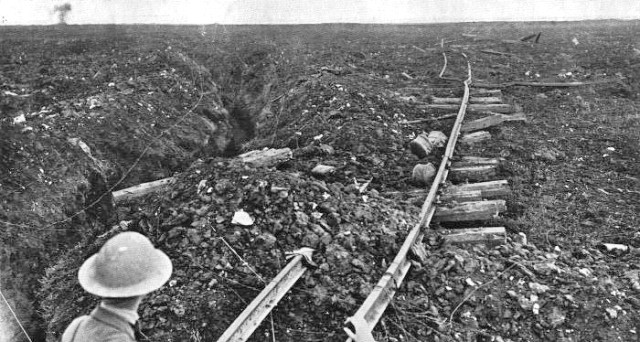 The WWI Battle of Pozieres is remembered for being one of the bloodiest battles on the western front and its massive casualties. This battle has not received the attention it deserves and it  is the  absence of official recognition for the fallen men, a majority of whom were Australian soldiers, that the Pozieres Remembrance Association finds unacceptable.

Despite the death toll reaching almost 7,000, with 4,000 of those men still missing, official annual memorial ceremonies have tended to pay little attention to the significance of what happened at Pozieres. According to Barry Gracey of the Pozieres Remembrance Association, successive federal governments have ignored Pozieres for the past 99 years. He strongly believes this should not go on and that these men deserve better and receive recognition for their bravery.

“They’ll go to Fromelle, which was four days before Pozieres, and then not stay,” he said. “You’d think the politicians would wake up to the fact that there’s a free trip to France in it!”

Although there are memorials in the village of Pozieres itself, none of them are solely dedicated to the men who died there. Mr Gracey said, “If your relative dies at Pozieres I don’t understand why you are standing at Villers Bretonneuz 40 miles away to remember him. He died there at your feet and that’s where you should leave your poppy, because that’s where your man is.”

The four acres of farmland that was the battle site are currently up for sale. The Pozieres Remembrance Association’s plan is to buy the land, which holds the remains of the 4,000 missing men, to plant a rose garden and to erect a memorial wall which will be inscribed with the names of the soldiers.

Gracey is so determined that the plans for a memorial come to fruition he was even willing to put his house on the market in order to fund the purchasing of the farmland.

Brigadier Tim Hanna, who is the head of the Returned and Services League in Adelaide, believes that the people of Australia and their governments should assist with finance for the project: “Pozieres is a very significant part of our Australian military history; many Australians including South Australians were lost there, and I think there’s a clear case to why we should note it more than we have historically.”

According to Mr Gracey, the Battle of Pozieres is also significant for the fact that its outcome is regarded as one of the rare outright victories in WWI:

“Even though we lost such a tremendous amount of men, we managed to take one square kilometre of France. In terms of what was occurring in those days, that was magnificent, because yards were being measured as great advances.”

The fallen of Pozieres deserve their belated recognition and it is to be hoped that they finally receive  recognition.