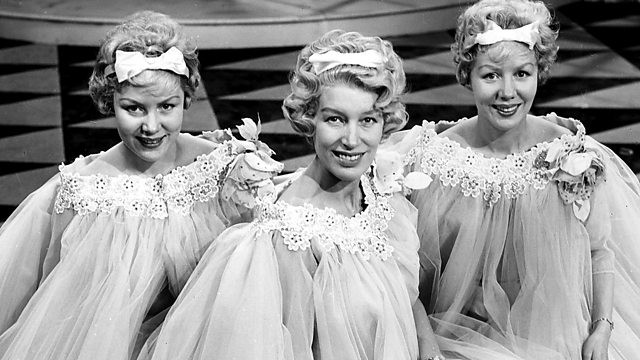 The eldest sister of the famous British female singing trio, the Beverley Sisters, has died aged 91.

Joy Beverley was born in 1924 and then her twin sisters Babs and Teddie were born in 1927 in the East London borough of Bethnal Green. Their parents had come from an entertainment background as a music hall act and the three girls followed in their footsteps.

Growing up the family didn’t have a lot of money and the three sisters had to share a bed. But the family muddled through, and when World War Two broke out in 1939 the girls were sent up to the Midlands to escape the blitz.

It was during this time that they secured their first paying job which was for them to appear in an advert for Ovaltine, the bed time drink. They went on to do several radio appearances on the BBC, such as Variety Bandbox and a programme for the troops. They soon became good friends with band leader Glenn Miller and it was through his support that the girls turned into professional singers.

Once the war had ended, the Beverley Sisters secured their own TV programme called Three Little Girls in View, which was later changed to Those Beverley Sisters. By 1951 the trio had signed a record deal with Columbia and they became the best paid entertainment act in the UK.

The sisters were the first all-female UK band to get a top ten hit in the US with songs like Little Drummer Boy, I Saw Mommy Kissing Santa Claus, and Bye Bye Love. The trio ended their singing careers together when Joy got married in 1958 to Billy Wright, a professional football player. Of the decision to end the sisters’, Joy had said that they had been infinitely successful, and she then wanted to settle down and have a normal life.

Another 30 years later and the sisters reunited for a short time and toured extensively singing their original hits. The trio were awarded MBEs in 2006 by the Queen, the BBC News reports.

Joy’s husband died in 1994, and she leaves behind both of her twin sisters, along with three children, and four three grandchildren.