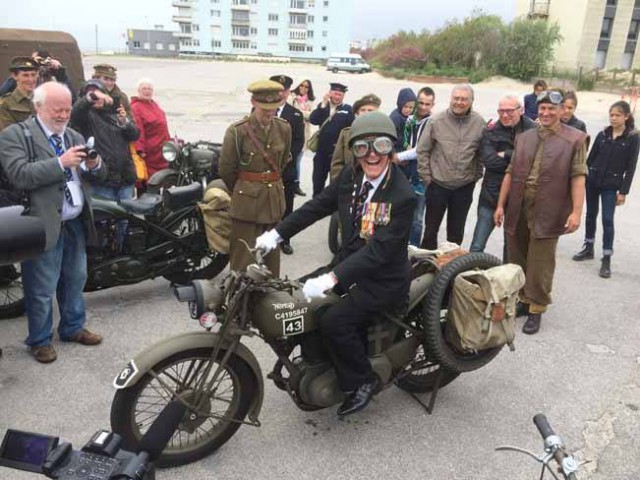 The Veterans from the famous Dunkirk Evacuation are getting together in northern France to commemorate the most daring rescue in military history. They will pay tributes to their fallen comrades who either died fighting the Nazis or rescuing the others.

The French port town will see a number of Second World War veterans, most of them in their 90’s, visiting the British memorial at the Dunkirk military cemetery, to commemorate the 75th anniversary of the evacuation.

After Nazi Army smoothly swept through Belgium and France, a large number of British and Allied troops got stranded on the beaches of Dunkirk. Surrounded by a superior Nazi Army, close to 400,000 soldiers eagerly waited for their rescue by British Royal Navy. The Royal Navy did not have enough ships to carry out such a massive evacuation since timing was crucial. Eventually after a couple of meetings by a commission concerning the evacuation, the Royal Navy sent out a call to the members of public to step forward to give up any big or small ships to be used in the rescue. The evacuation mission was named ‘Operation Dynamo’, and was initially thought to be a doomed to fail operation. But very soon after it was launched it proved to be one of the wisest decisions taken during the war by any party.

A flotilla of 50 big and small ships that took part in the Operation Dynamo left Ramsgate, Kent for Dunkirk. Among those onboard was a WWII veteran rescued by the Royal Navy, currently living in Ontario Canada. Michael Bentall was a young soldier of 4th Battalion, Royal Berkshire Regiment. Bentall had to march more then 120 miles through enemy territory in order to get to the Dunkirk beaches. After he lost all his energies and hopes to be rescued, he located a small rescue ship and was taken aboard by the Royal Navy personnel, The Guardian reports.

Bentall said that he made this trip not so much for himself but for those he fought alongside. He added that although the times were tough and death marched through the columns, they were all determined to uphold the dignity of the European people by fighting against the Nazism.

An official service took place at the ‘Allied Beach Memorial’ on Saturday. After the service a parade of military bands and vehicles marched through the streets of Dunkirk while scores of people gathered to pay their tributes to the fallen.