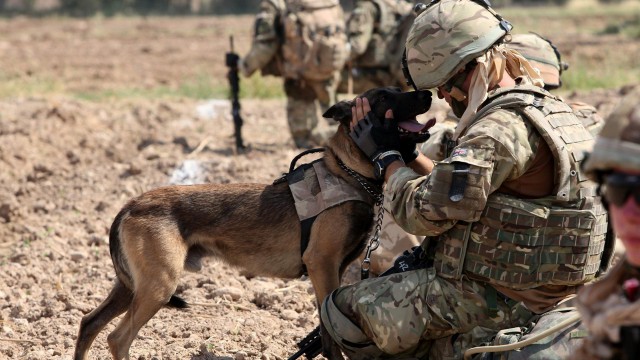 Dogs, in particular, were used in their thousands and a huge advertising push for the animals took place in the summer of 1941.

The adverts said that they needed British dog owners to donate or loan large breeds such as Alsatians and Collies. It said that it was a way of contributing to help the troops.

At the beginning the adverts were used by the War Office to see what the general public thought about using animals, and particularly people’s own pets, in the war.

The response was immense with almost 7000 dogs donated in the first two weeks of the campaign. It turned out that many families were struggling to keep their pets as rations had prevented them from having extra food, especially meat.

One lady donated her dog and sent a message saying that her entire family had been taken by the war, and now she was donating her dog to try and end the war as soon as possible.

Dogs had been used during World War One, when hundreds of Airedales had been trained as messenger dogs on the front line in Europe. 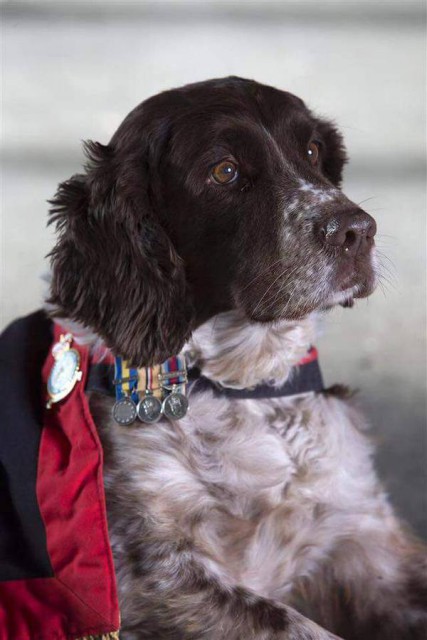 Buster passed peacefully away, he served his country. He served in three separate wars. Including Afghanistan. He won the Crufts friends for Life Award in 2012. Buster was the mascot of the RAF Police. And was a true character. He retired a military hero 2011.

During World War Two the War Dogs Training School opened near Potters Bar to train the dogs. It started with 40 and by the end of the war 3300 had been trained and deployed to many different regions across the world.

Two hundred of the dogs never returned – recorded as being killed or missing in action. Some of the dogs were praised for their heroic actions, but many were never fully recognised. In fact, when the war came to an end many of the dogs had to be put down because there was simply no role or home for them anymore.

A new book is set to document the history of dogs at war. One story that has emerged is that of Rex, a black Labrador who had been a stray and was taken in by the dog training school. He was despatched to Germany and in 1945 uncovered so many field mines that he was declared the bravest dog ever by his platoon commander. 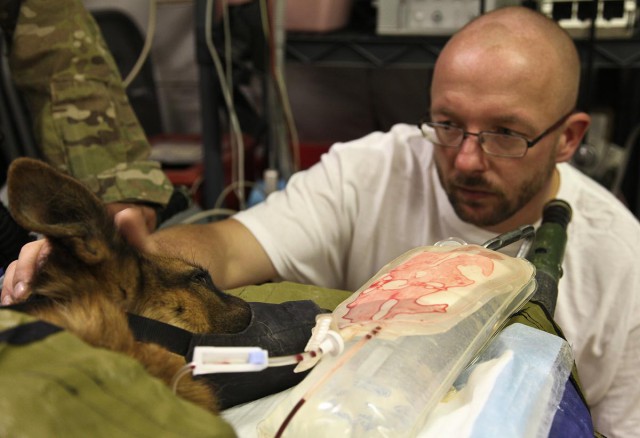 Today the military animal unit is known as the Royal Veterinary Corps and the PDSA Dickin Medal was started, in 1943 as the bravery award for animals. Since then it has been awarded 65 times, four of those have been awarded to dogs who have shown bravery during the Afghanistan War, The Telegraph reports.

Many dogs are now used to search for mines and identify potential ambushes.

Most recently UK Special Forces have been using German Shepherds with cameras attached to drop into Taliban positions so that they can search the area and provide vital intelligence. Unfortunately many are killed on these missions, but they end up saving the lives of many troops.