“Das Boot” is a 1981 German war film epic. Meaning “The Boat,” it is an adaptation of Lothar-Günther Buchheim’s 1973 German novel of the same name. Set in WWII, it tells the fictional story of the crew of the U-96.

The film depicts both the excitement of battle as well as the tediousness of a fruitless hunt. It shows the life of the crew aboard the boat as regular individuals as well as patriots with a desire to do the best for both their comrades and the country. The screenplay was inspired in part by exploits of the real life U-96, a Type VIIC-class U-boat.

Development work on Das Boot started in 1979. Several American directors were considered to helm the project before it was shelved.

Heinrich Lehmann-Willenbrock, the actual captain of the real life U-96 and Hans-Joachim Krug, former first officer on U-219, served as consultants for the production of the film. 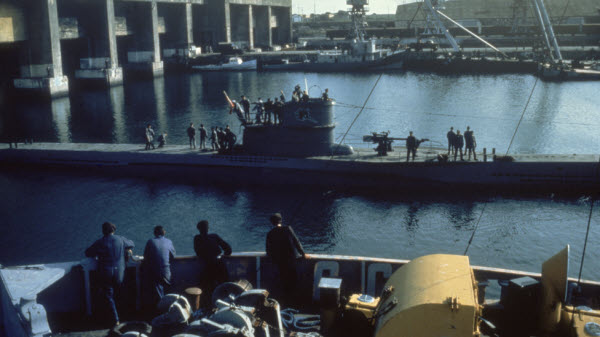 The film was made on a budget of 32 million DM (approximately $18.5 million USD) and was released on September 17, 1981. A director’s cut of the film was later released in 1997 under Petersen’s supervision. The film grossed $80 million worldwide between its theatrical releases while also receiving critical acclaim.

Due to its high production costs, Das Boot ranks among the top most expensive films ever in German cinematic history.

A mock-up of the U-96 submarine was created for the movie to be shot in. The interior of the sub was mounted five meters off the floor. To simulate depth charge attacks the submarine set was shaken, rocked and tilted 45 degrees with a hydraulic apparatus and vigorously shaken.

Petersen had a fanatical obsession with regard to the structural detail of the U-boat set. He pointed out that “every screw” was an authentic facsimile of the type used in WWII U-boats.

To accomplish this impressive production feat he got help from numerous photographs provided by Lothar-Günther Buchheim who had taken them during U-96’s heyday during the war.

The photographs were initially published in his 1976 memoir U-Boot-Krieg (“U-Boat War”). 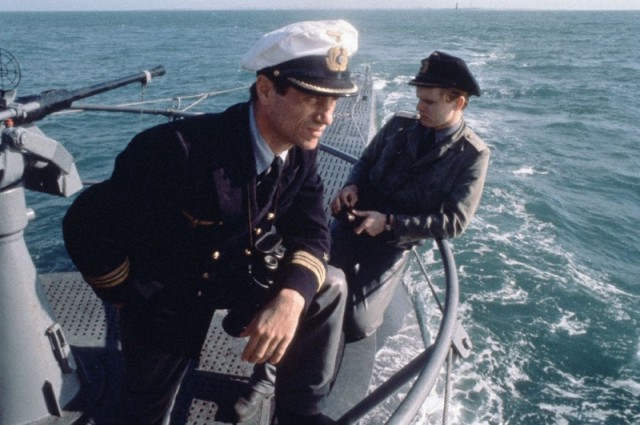 Marketed both by its German name Das Boot and in English as The Boat, the film was unusual in its promotion. With a very non-descript English name, Das Boot eventually stuck as the title for the film.

The outdoor mock-up of U-96 was simply a shell propelled by a small engine which was stationed in La Rochelle, France.

It has a history all its own. One morning the production crew arrived on set and went to where it was normally docked to find it missing.

A breakdown in communication resulted in the crew not being informed it had been rented out by Steven Spielberg who was filming Raiders of the Lost Ark at the same time.

Incredibly, just a few weeks later during production the mock-up was damaged and sank during a storm. Production crews recovered and patched the mock-up for the final scenes.

The full-sized mock-up version was used for the filming of the Gibraltar surface scenes. The rockets and bomber plane, a Douglas SBD Dauntless dive bomber, were real. The British ships were models.

All the cast members were fluent in English and dubbed themselves for the English version.

While filming, the actors were not allowed to go out in sunlight to help create the pallor typical of submariners who seldom see the sun during missions.

The actors were intensely trained as submariners learning how to quickly navigate their tight quarters.

What the (Author) Buchheim thought: 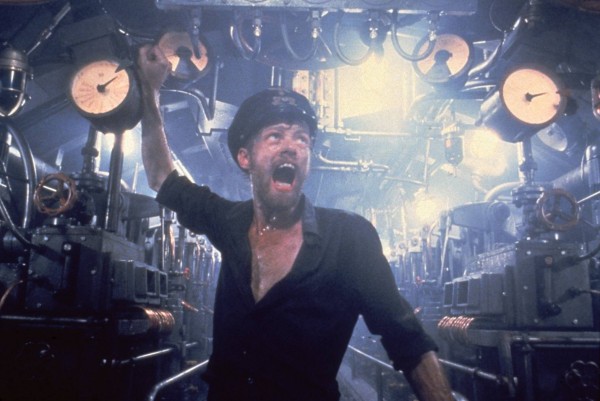 Novelist Lothar-Günther Buchheim, whose work inspired the film, shared his disappointment with Petersen’s adaptation criticizing, in particular, the overacting of the cast which he felt was unrealistic.

A U-boat correspondent himself, Buchheim was very critical of what he felt was Petersen’s sacrificing of realism and suspense in dialog, narration, and photography for eye candy effects and cheap dramatic thrills.

An example is the exploding of bolts in the U-Boat. In reality, a single bolt loosening on the hull would be sufficient to cause worry for the crew that the entire boat would crush under water pressure. In the film, Petersen shows several bolts loosening.

He criticized the scene where Lt. Werner had an oil-drenched towel thrown in his face. As an officer, despite being an outsider, Lt. Werner would have immediately commanded special respect. The towel incident would not have been tolerated.

In whole, Buchheim was most critical of the ultimate glorification and mystification of Nazi Germany’s WWII U-Boat war, German heroism, and nationalism.

His original work was an anti-war novel. 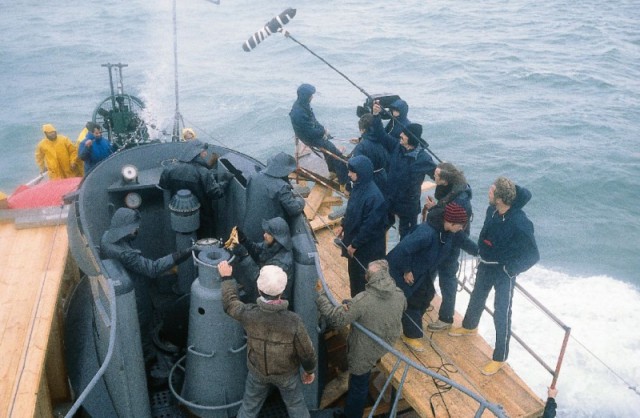 Several goofs including anachronisms, production errors and continuity errors made it into the film; here’s a listing.

The Enigma machine depicted in the film is a 4-rotor one. The 4-rotors were introduced in February 1942. The film itself is set in the autumn of 1941. During that time only 3-rotor machines were used.

During the scene where they meet another U-boat out at sea, Werner and the 2nd LT report it off the port bow despite clearly looking and pointing starboard.

U-32 was reported as making contact with an enemy convoy. After the convoy attack, Kriechbaum reads a report from U-112. U-32, a Type VIIA boat, actually sank in October 1940 – a full year prior to the events of the film.

U-112 was a proposed Type IXB boat originally designed as a seaplane carrier, but it was never completed.

There’s a scene where two submariners get up to get to their stations. They clearly go around a cameraman on the crew who is blocking the entrance to the torpedo room.

In the scene where they attack a convoy, the crew rushes forward during the crash dive sequence. Just afterward a crew member jumps through the hatch after the bow crew compartment you’ll notice someone standing still a second before getting pushed into the view of the camera.

After the first attack on U-96, the captain orders the ship to resurface after sunset. The submarine winds up resurfacing in broad daylight.