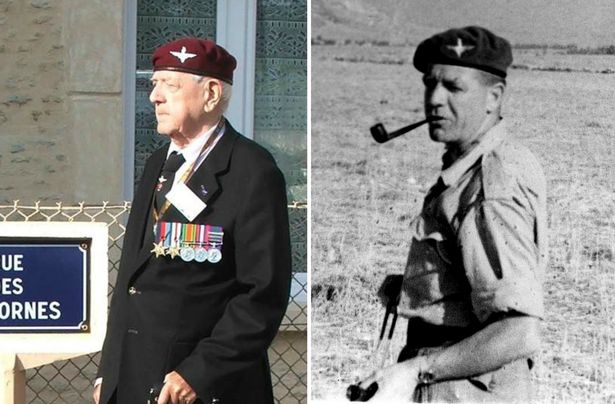 On June 6th 1944 some 7000 ships took part in D-Day, one of the largest seaborne invasion in world history. A total of 132,000 allied troops were landed on five Normandy beaches in an operation that was to herald France’s liberation from German occupation at a critical point in the Second World War. Success on the Normandy beaches, caused the loss of over 4400 lives, changed the course of the war, and paved the way for the liberation of north-west Europe.

June 2014 saw celebrations to mark the 70th anniversary of the landings, at which French president Francoise Hollande pledged to honor all surviving veterans with the Legion d’Honneur. Introduced by Napoleon Bonaparte in 1802, the medal is France’s highest award for valor.

Ex-SAS parachute regiment sergeant George Butler was one of the British veterans who qualified for the award. George was involved in the fight to secure Pegasus bridge, a battle which became a major victory for allied troops. George and his comrades were flown across the English Channel in a glider, and landed behind enemy lines. Pegasus bridge was guarded by German machine gunners, but after a fierce firefight the allied troops gained control, subsequently repelling a counter-attack by the German 21st Panzer division.

After the war, George remained in the SAS and took part in the 1952 fight against the armed wing of the Malayan Communist Party (MCP) in the Malayan jungles. He left the army in 1962 and worked as a school caretaker until his retirement, the Wales Online reports.

In spite of ill-health, George Butler attended the 70th anniversary ceremonies in Normandy in June, and had the honor of sitting next to HRH Prince Charles. There had been numerous administrative delays connected with the delivery of veterans’ awards, meaning that in September 2015, a year after Francoise Hollande’s announcement, George’s Legion d’Honneur had still not arrived.

Politicians in many countries expressed concern that Second World War veterans were dying before they received their medals. The Legion d’Honneur cannot be awarded posthumously, so the delays meant that many families would not have the award as an heirloom to pass on to future generations.  Concerted efforts by the French and foreign governments to remove administrative delays ensued, and finally, on the 5th  of October 2015, the medal arrived at George’s home in Wales.

Sadly, George died the next day, aged 96.  George’s son Patrick said that his father was aware the medal had arrived and was very pleased.