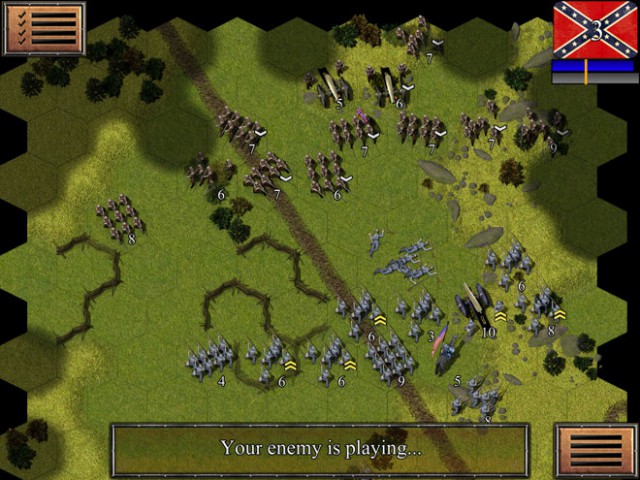 As America still reels from the devastating shooting of a bible study class in Charleston, South Carolina, and an activist has been arrested for removing the Confederate flag from the state’s capitol grounds, attention has turned to Apple as they decide to withdraw a Civil War games.

Apple has removed all games from its App Store that feature the Confederate flag. Apple has begun to notify games makers that it has withdrawn their games which feature the flag, saying that it will not feature games that use the flag in an offensive manner.

Games makers have responded that their games do not use the flag in an offensive way but it is used in order for them to be historically correct. Some are amending the flags used to older versions from the mid-1800s, which are different to the current Southern Cross design.

Other online shopping sites such as Amazon and eBay are also withdrawing items from their sites that feature the Confederate flag.

The flag has been linked to extreme right-wing, fascist groups in the south of America, who believe in white supremacy. The recent shooting of the bible study class has highlighted the ongoing difficulties America faces both from its gun laws and racism. The person behind the shootings is thought to be a white supremacist, the Apple Insider reports.

Many local people in South Carolina have called for the flag to be removed from all government buildings, and for any Confederate monuments to be destroyed.

Meanwhile, Apple comes under increasing scrutiny as it picks and chooses the content of the games it includes on its App Store. Recently another World War Two game which featured Nazi and Red Army soldiers was removed.