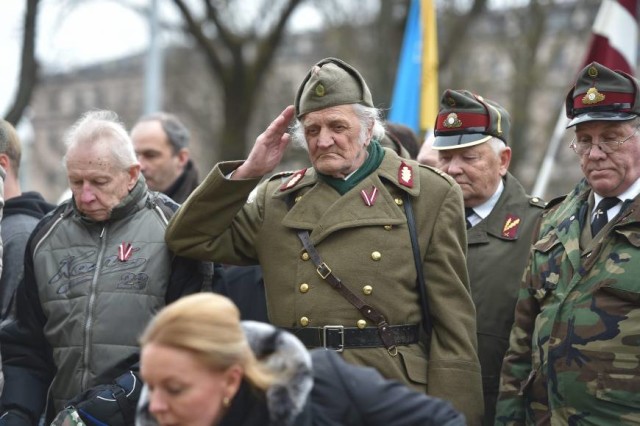 Veterans of Latvian Legion held a parade this month in Riga to honor a key 1944 World War II battle. The parade is controversial because the Legion was commanded by the German Waffen-SS, the Nazis’ elite police force, and fought against the Soviet army.

More than 1,000 people paraded through the Old Town of the Latvian capital. The security presence was strong during the parade.

Jewish groups, Moscow, and much of Latvia’s Russian minority felt that the parade glorified Nazism. 25% of the 2 million people living in Latvia identify as Russian. They dislike the Legion and all it represents.

“Anyone who fought for the victory of the Third Reich shouldn’t be a hero.”

Latvian Legion veterans march in Riga every March 16 and have ever since Soviet rule ended in 1991. The parade marks the date of a battle in which the Legion failed to stop the Soviet advance, leading to nearly 50 years of Soviet occupation of Latvia.

Veterans state that they were defending their homeland against the threat of occupation.

“I’ve faced death – in the Legion and when I was sent to Norilsk [a Soviet prison camp]. Since returning, I see every day as a gift to be appreciated,” Eduards Zirdzins, 95, told the Latvijas Avize newspaper.

There have been many claims that some members of the Legion were involved in the killing of Jews, in the early stages of the German invasion and occupation of Latvia.

There are still Latvians today who consider the Nazis to be liberators in spite of their alleged involvement in the killing of 70,000 of the 85,000 Jews that lived in the country.