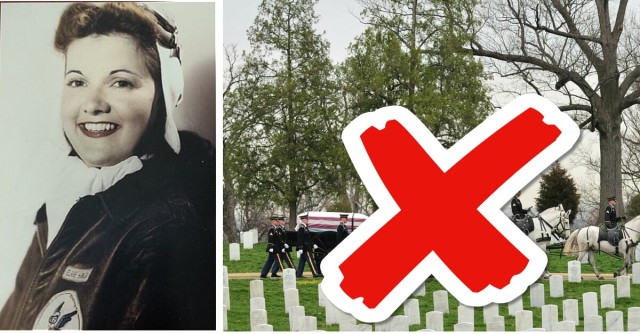 Elaine Danforth Harmon was born in Baltimore, Maryland to a middle-class family; her father was a professional baseball player and a qualified dentist, and her mother was a housewife.  Elaine was the middle daughter of three.  She had a conventional upbringing, except the family accompanied her father when he was away from Baltimore playing baseball.  Elaine was educated at Eastern High School in Baltimore and graduated from the University of Maryland in 1940 with a BS degree in microbiology.

Having graduated, but still not sure what to do with her degree, she saw an advertisement for the Civilian Pilot Training Program offered by the US Government.  It was to be held at the College Park Airport next to the university campus; the cost of the training was $40 and it required her parent’s consent, as she was under age.  Knowing that her mother would never give her consent, she sent the form to her father’s office and to her delight it came back signed, so she could join the program.  It caused a rift between her and her mother, who could not understand her daughter’s behavior and found it extremely humiliating that her daughter was flying airplanes.  With 35 hours of flying time and a couple of cross country flights, Elaine earned her private pilot’s license.

She was married in July, 1941 and in December of that year Pearl Harbor was hit.  She and her husband then started upon a nomadic life, moving around as he was called upon to repair instrumentation for aircraft.

Meanwhile, early in the war, two lady pilots, Jacqueline Cochran and Nancy Harkness Love, both wrote letters suggesting that women be permitted to join the Air Force and fly planes in the service.  Both ladies received a negative response, as neither the Air Force nor the Army were willing to consider the idea.  This negative opinion was forced to undergo a revision near the end of 1942, when the ATC (Air transport Command) found themselves with a crippling shortage of pilots to ferry aircraft from factories to embarkation points.  They resurrected Nancy Harkness Love’s suggestion and asked her to recruit 25 highly-qualified women to transport military planes.  These women were known as the Women’s Auxiliary Ferrying Squadron, or WAFS, and both their formation and their work was considered secret.

On September 14, 1942 General Henry Arnold, who was the Commanding General of the Army Air Forces, approved a program similar to that run by the USAF.  Jacqueline Cochran was placed in control of the project, which went by the name of the Army Air Forces Women’s Flying Training Detachment (WFTD).

In August 1943, the WAFS and the WFTD were merged and became known as the Women Airforce Service Pilots or WASP, with Jacqueline Cochran established as the Director and Love designated as the WASP Executive within the ATC Ferrying Division.

The first group of WAFS reported for duty at the New Castle Army Air Base in Wilmington, Delaware.  While the minimum requirement was 500 flying hours, nearly all of the ladies claimed 1,000 hours in the cockpit.  Since they were all experienced pilots, they underwent conversion courses; after a few weeks they were deployed to their posts, and Jacqueline Cochran started the serious recruitment of women for flying duties.  They underwent six months of education both on the ground and in the air before being deployed.

In March 1944, Elaine Harmon, with just forty hours of flying experience, entered the program with the full support of her husband.  She graduated successfully and was assigned to flying duties.  She, along with the other WAFS, ferried planes both new and repaired from workshops to embarkation points.  They also trained new male pilots, towed drones for fighter pilot training exercises, and tested planes that had been repaired or were just built.  In fact, they undertook a myriad of tasks on behalf of the Air Force.

In an oral interview Elaine tells how she and her follow recruits considered themselves part of the military. They lived as recruits did, they ate what recruits ate, they marched everywhere the recruits went, they went to bed at taps and rose with reveille, and they wore the closest thing to uniform they could get, a type of overall called a zoot suit. However, these women paid their own way.  They received a Civil Service salary but nothing else – no uniform allowance, and, as they were not military personnel, they were not entitled to any of the benefits that a GI had.

Mabel Rawlinson from Kalamazoo, Michigan was training out of Camp Davis in North Carolina, when on returning from a night training exercise she crashed; the canopy of her plane malfunctioned, trapping her in the burning wreckage.  As she was a civilian, the military refused to pay to repatriate her body, so her squadron mates took up a collection to pay to send her body home, accompanied by two WASPs.

These women were unfortunately not officially part of the military, but they were employed as part of the Civil Service with every intention of making them part of the military.  A bill was placed before Congress in 1944, but this coincided with a decrease in the demand for pilots.  As a result, the bill was not passed and the WASP program was disbanded. The ladies that had served their country with grace and distinction were cut loose and they then returned to their families.  They were granted no recognition for the work they had done, and the records of their service were wrapped in secrecy.

Then in the 1970’s the US Navy hit this “wasp’s nest” with a stick, and the ladies came out with guns blazing. The Navy trumpeted that for the first time ever, females would be allowed to pilot military aircraft.  This was like a red rag to a bull, and the surviving WASPS began agitating to have their service formally recognized and made part of the military.  With the help of General Henry Arnold’s grandson, Bruce Arnold, and with political muscle of Senator Barry Goldwater, who had commanded WASPs during the war, this brave band of ladies finally received military status in 1977.  But it was not until 2010 that they were awarded the Congressional Gold Medal.

Elaine Harmon was proud and excited to be one of the 250 WASPs that received their medals in Washington.  She was also thrilled with the prospect that one day she would have her ashes interred at Arlington National cemetery, alongside those of other brave men and women that had served their country with distinction.  So it was with horror that her family discovered that their beloved mother would not get her final wish – her ashes would have to be placed elsewhere, as she had been refused the right to lie in her nation’s pre-eminent cemetery.  Once again these fly-ladies had been denied their rights and told that they did not qualify.  “These women have been fighting this battle, off and on, for over 50 years now,” Terry Harmon, Elaine’s daughter, told the Associated Press.

The issue at the heart of the matter was explained by the Administrative Department of the cemetery.  They claimed that the belief that WASPs have the right to be interred at Arlington stems from an error made by the Administration Department.  Confusion arose when laws were promulgated that allowed the Secretary of Defence to declare certain groups of people as “active duty”, thus making them eligible for Veterans Affairs Department benefits.  These benefits include the right to burial and internment in VA cemeteries.   Arlington is not a VA cemetery; it is administered by the Army. The law had been misinterpreted, resulting in the WASPs having become eligible prior to 2010 through a mistake by the administration of Arlington.  In 2015, when Army Secretary John McHugh clarified the issue of who was and was not eligible, the WASPs and the Merchant Marine were two of the bodies that were deemed ineligible. Compounding this harsh decision is the fact that Arlington Cemetery is running out of space, so the criteria of who may be buried, or have their ashes interred, has been made substantially more stringent.

Needless to say, this ruling has been seen in a very poor light by many people.  Republican Congresswoman Martha McSally from Arizona has introduced a bill, the WASP Arlington Inurnment Restoration Act, which is designed to overturn the decision that deemed the ashes of WASPs to be ineligible to be laid to rest at Arlington.  Ms McSally identifies strongly with the WASPs, as she retired from the Air Force as a Colonel and was the first woman to fly combat missions as a fighter pilot.  She is the embodiment of all the hopes and dreams of those ladies that took to the sky some 70 years ago.

This controversy has been a slap in the face for the women who answered their country’s call for help when it was needed, but perhaps the greatest insult was the wording of a statement put out by the Administration of Arlington.  It reads: “The service of Women Airforce Service Pilots during World War II is highly commendable and, while certainly worthy of recognition, it does not, in itself, reach the level of active duty service required for inurnment at Arlington National Cemetery.”

This reminds one of this parable:

Certainly, these ladies did not fire a round in anger, yet one cannot but think that without their contribution to the war effort many other battles may have been lost.  Those pilots they trained would not have been around to be successful in battle, those fighter pilots who honed their skills on the drones they towed would not have arrived at other theaters so well prepared, and those planes they ferried would have been piloted by men who were better utilized in combat skies, protecting ground forces.

Is it so much to ask that they be granted the honor of being buried alongside some of the men they prepared so diligently?