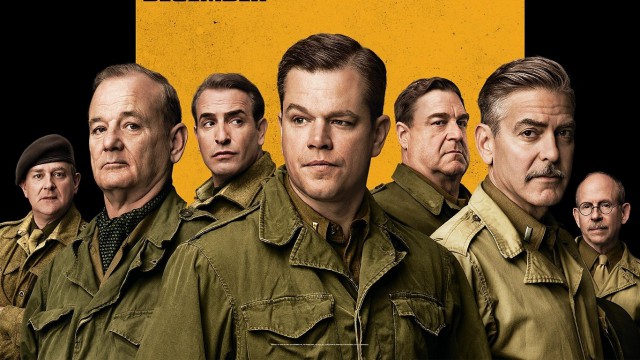 Robert Edsel spent 14 years of his life hunting down the tales of World War II’s forgotten treasure hunters.  Edsel, who owned a multimillion-dollar oil and gas organization, realized his fascination with history’s forgotten heroes of art when he moved to Florence, Italy.

Edsel was so impressed by the group’s exemplary efforts, which had recovered over 5 million works of art from the Nazis throughout WWII, that he established a foundation, “The Monuments Men Foundation” dedicated to the protection of art, and to continuing the cause of finding missing fine arts.

The culmination of all Edsel’s research is several books, a documentary movie, and a feature-film starring George Clooney.  It was Edsel’s hope that by sharing the story of the Monuments Men he could do his part to promote their inspiring story and to have them officially acknowledged as “cultural preservation heroes”.

Edsel’s wish comes true on Thursday October 22, 2015 when the Congressional Gold Medal is presented to the relatives and four surviving members of the Monuments Men.

“Our commitment was to make sure they were honored, make sure their legacy was preserved, and that the world knew not only what they’ve done but also what was possible, in regards to the protection of cultural treasures. We’ve certainly done that,” Edsel remarked.

Edsel, who ran the foundation as a volunteer and out of his own pocket for 14 years, is planning to close it down as he can no longer afford its upkeep. “We haven’t been able to raise money from donors,” he said. He even sold his own private art collection to finance the foundation, The Dallas Morning News reports.

“We could have started by getting the word out there and building up a donor base, then decided in a board meeting to go find and interview these elderly people, but by then, they would all be dead,” Edsel said. “We had to do it the other way around. We had to find them and get their stories ASAP. It has always been a race against the clock.”

The Monuments Men were once 345 strong, comprised of teachers, artists, art historians. “How, in the face of the most destructive war in history, did so many of these works of art and cultural objects survive?” Edsel wondered.  “Through their work – they were the most unlikely of heroes.”