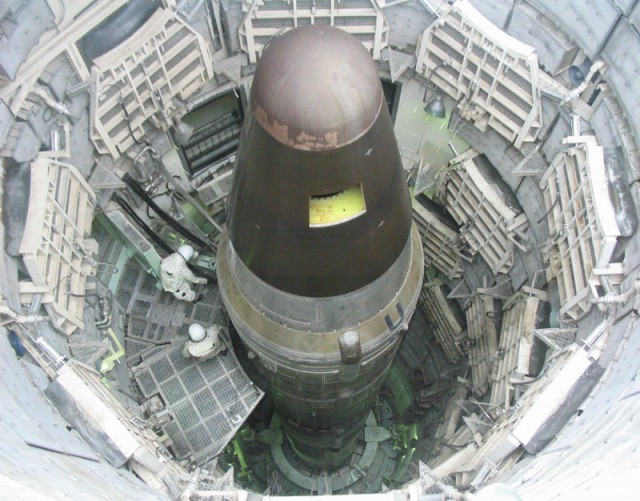 The history of the Cold War has come back to life at the Titan Missile Museum in southern Arizona.

The Cold War Titan missile was built and on stand-by during the Cold War years after World War Two ended. It still stands at over 100 feet tall and its original launch pad was so well protected that no one would have heard it being launched if it had been used.

The US built several launch pads and container structures in the deserts of Arizona housing around 18 ballistic missiles that had the ability to reach Moscow. Across the US there were approximately 50 sites built in the 1960s to form missile launch pads, but by the 1980s all were decommissioned and put out of use as the threat from the Soviet Union diminished.

Most of the missile sites were closed down and destroyed, except for what is now the Titan Missile Museum in Sahuarita.

While the site is not glamourous or hugely overwhelming it was never a secret, as the US government wanted to make it clear to the Soviet Union that the US had the nuclear capability to create the détente between the two countries.

The Titan stands on a 10 acre US Air Force property. The missile’s container stands just 10 feet above the ground, whilst the remainder is hidden out of site deep beneath the ground.

The Titan missile on display was kept intact so that cadets could be trained at the site. Even during the Cold War it was never filled with fuel nor was the nuclear warhead attached, so that it could act solely as a training ground.  The bomb that the Titan rockets carried was a nuclear bomb small one at only around eight foot long. Managers at the site suggest that if the nuke detonated it would be the equivalent of millions of tonnes of explosives.

During its lifetime the missile had a permanent 24 hour staff of four US Air Force servicemen. It was their responsibility to ensure that the missile was kept in a launch ready position at all times, but also they had to be ready to launch the missile at any time if it was required, the Arizona Public Media reports.

The destination of where the missile would have landed was always kept top secret, and even if it had been launched the crew would never have been told where it was being sent to. Even today the information remains classified. Codes and locks were put in place and the instructions to launch would have been verified and checked by each of the crew. Once activated the missile would be fired in less than one minute.