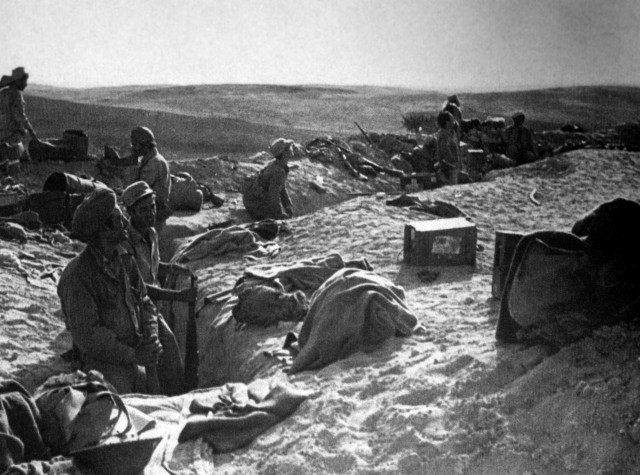 At the opening of the famous Six Day war between Israel and a number of Arab countries in June 1967, the initial announcement issued by the IDF spokesperson clearly indicated that Israel was in the process of adequately responding to an offence from the Egyptian Army. Later on it was revealed that Israel had actually launched a pre-emptive surprise attack on Egyptian and Syrian military installation to ensure Israel’s safety.

Presidential briefs from the first two days of the Six Day war, published by the CIA, shed some light on the initial developments on ground and in the air. These briefs were tagged as classified and were prepared and presented by the CIA to the President of the United States. Recently a whole bunch of classified documents from the Kennedy and Johnson era have been made public revealing some interesting new facts.

Now for the first time in 50 years the public can witness the information received and perceived by the US authorities regarding the Six Day war. The first brief is dated June 5 1967, the first day of the war, which indicates that initially all the US knew was the fact that there was a rapidly escalating military situation between Israel and Egypt and potentially other Arab countries as well. It also contains the information about the first Israeli raid on the Cairo airfield with an accurate time of the raid, 8a.m of June 5. The president was also briefed that despite the fact that the initial information is fragmentary, all the indicators suggest that Israel initiated the hostilities in an attempt to secure its military bases. Documents also contain the information regarding the increasing concern among the Israeli leaders regarding the war hysteria in its neighboring Arab countries.

The very next day there was another much more updated and detailed briefing with some alarming information regarding the seriousness of the situation. The president was told that there was a massive surge in state propaganda by Cairo (Egypt) and Syria towards the United States and United Kingdom. Cairo radio stations and Syrian State run media were urging fighters to target US and UK installations all over the Arab land. The fact that a small Israeli border dispute with Egypt could turn into a massive war between Arab nations and Israel was quite alarming for US authorities. The briefing also informed the President that Baghdad had also plunged into propaganda, clearly stating that if US did not stop supporting Israel it will stop producing any oil for the West.

About the damages and casualties, United State understood that most of the claims by the Arab countries about the damage to Israel were grossly exaggerated. The briefing however asserted that Israel had effectively destroyed the Egyptian and Syrian Air forces with its surprise and precise bombing of the Arab airfields, the Y Net News reports.

The declassified documents published by the CIA contain some 2500 memos, briefings and other documents from the 60’s. There are detailed descriptions of the initial briefings and American Point of view about the Vietnam War, Cuban missile crisis, and the famous Six Day Arab-Israel war.