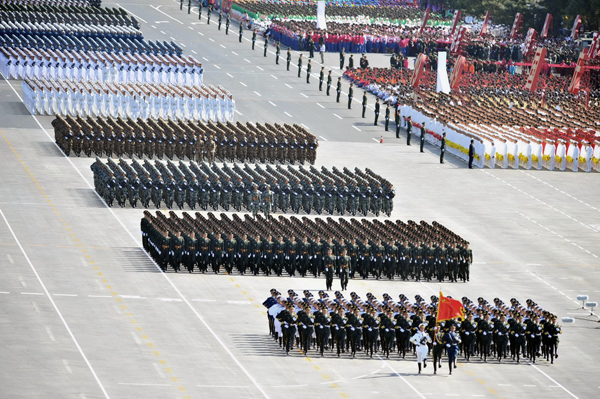 As China prepares to be the latest country to commemorate the end of World War Two, its authorities say that the Western world does not appreciate China’s contribution to fight Fascism during the war.

China still to this day does not believe that Japan has fully apologised or acknowledged its war crimes, including the invasion of China.

China plans to hold a commemoration parade in September and is carefully planning who it will invite to the ceremony. It is thought that the authorities will invite dignitaries from those Western countries who fought side by side with Chinese troops during the war.

On the other hand, representatives of Western countries have signalled their concern about attending the ceremony, since it is expected that controversial Russian President, Vladimir Putin, will be in attendance. China is yet to announce who it is inviting to attend the ceremony.

The Chinese believe that the West downplays China’s role in fighting Fascism, and believes that Western countries have never fully acknowledged China’s sacrifice during the war.

Whilst announcing that the ceremony would be taking place, the authorities ensured to communicate many facts about the numbers of Chinese who died during the war and what the Chinese people had to endure.

The parade will take place at Tiananmen Square and will be a military parade featuring new and old weaponry, vehicles and equipment. It is thought that troops from other Chinese-aligned countries may attend.

The location of the parade at Tiananmen Square is also controversial, since it is the place where the Chinese government killed its own students when they demonstrated in favour of democracy in the late 1980s, the Reuters reports.

Chinese authorities were asked whether or not they thought it was a controversial choice of location for the government, but they declined to answer.